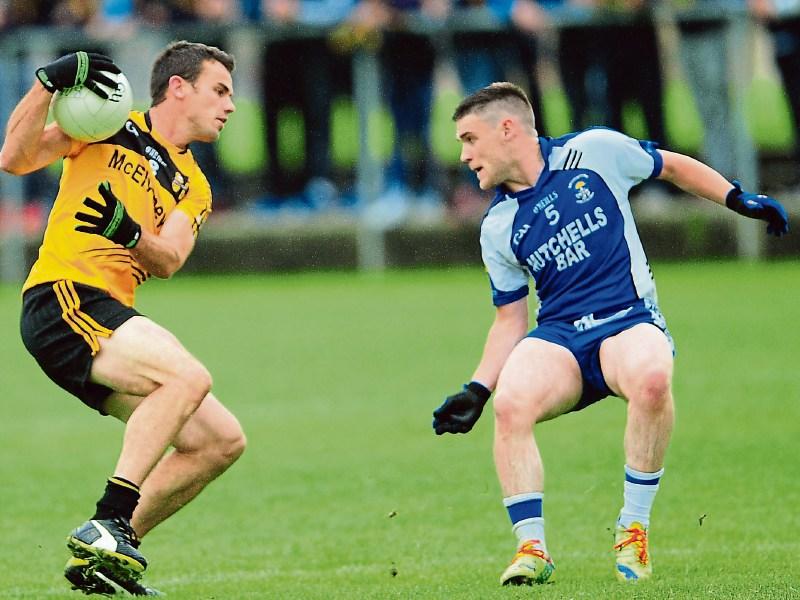 Last year’s beaten finalists St Brigid’s got their latest Intermediate Championship challenge off to a great start when they had a single point to spare over Cashel in a dramatic finish at Leo Casey Park in Ballymahon on Saturday evening last with Francie Dolan firing over the winning score from a well struck free right on the stroke of the full-time whistle.

Killashee had held a commanding seven points lead in the early stages of the second half but Cashel gradually awoke from their slumber to gain the upper hand and six scores in a row through Aidan Rowan ( ‘45’ and free), Ronan Healy (play) and Gary Kenny (three frees) closed the gap to the minimum of margins, 1-7 to 0-9.

Playing against the stiff wind, St Brigid’s appeared to be in trouble but they managed to engineer a crucial second goal in the 50th minute when Darren Carberry raced clean through to plant the ball in the back of the net - a cracking effort.

That was really putting it up to Cashel and following a point apiece (frees) exchanged between Gary Kenny and Willie Skelly, the men in red and black grabbed a late lifeline when a wonderful catch by Andrew Farrell yielded a fine goal from the county player in the 57th minute and the equalising score followed soon after from a free converted by Aidan Rowan.

But the drama was not over yet as St Brigid’s were awarded a penalty in stoppage time, only for Darren Carberry to have his shot well saved by the Cashel keeper Blaine Carberry, and the game looked all set to end in a draw before Killashee were awarded a last gasp free.

Up stepped Francie Dolan to slot the pressure kick over the bar and while St Brigid’s can now look forward with considerable confidence to their second round clash against Kenagh in mid-August, it is a different story for Cashel who will need to beat Ardagh/Moydow to keep alive their hopes of reaching the championship semi-finals.

Despite kicking seven wides in the first half with the aid of the wind, Killashee still established a fairly comfortable 1-5 to 0-3 advantage at the break and were showing a lot more urgency with Cillian Lee (who started at right-corner-forward) dropping back to operate effectively as a sweeper.

Willie Skelly and Mel Shanley linked up to create the goal for Mark Rossiter in the 5th minute while the points came from Dolan (two frees), Gerard Evans (a great strike from near the sideline), Lee and Shanley.

Cashel, who were very slow to settle, had to wait until the 17th minute for their opening score - a free converted by Gary Kenny - and their other two points in the first half were also from frees with Aidan Rowan on target twice.

Killashee, always looking dangerous in attack, made a strong start to the second half when Willie Skelly fired over a couple of frees but Cashel came storming back with the impressive Andrew Farrell leading the charge and looked like snatching a draw - only to be undone right at the very end as determined St Brigid’s emerged victorious.