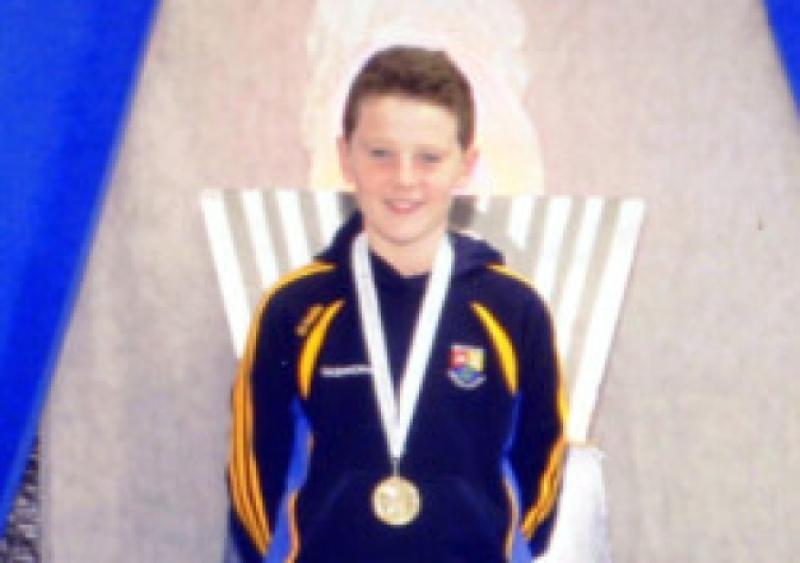 Rionagh McCormack (Clonguish) struck gold in U-8 Art with her beautiful painting depicting a swimmer and there was another gold medal winner in art as Cian Clancy (Killashee) triumphed at U-12 level - two years earlier he won a silver medal in the U-10 age group.

In July Cian claimed gold in the U-13 boys 600m at the National Juvenile Track and Field Athletic Championship in Tullamore Harriers Stadium where he also set a new Irish track record of 1 min 36.47 sec.

Longford’s leading lady in the event was Dromard’s Sarah Murphy and her sterling display was sufficient to see her earn a fourth place medal.

At the colourful opening ceremony on Friday night, Bea Drummond (Ballymahon/Forgney) had the honour of representing Longford.

A motto of HSE Community Games is ‘Kickstarting a healthy future for every child in Ireland’ and there were numerous admirable performances from Longford competitors over the course of the excellently organised weekend.

Acres Pitch & Putt course in Ballinalee - thanks to Michael Stephenson and his team - was in pristine condition as Longford Community Games once again hosted the National Pitch & Putt Finals and local knowledge proved crucial in helping Killoe finish 4th in the Boys U-16 Final.

Another Killoe competitor, James Kennedy won a bronze medal in the U-16 boys art.

The Ballymahon/Forgney U-16 Debating team of Liadhan Farrell, Ella McMonagle, Cillian McKeown, & Danny Pat Ward were silver medalists. Coached by Herbert Farrell this was a great achievement as it was Longford’s first year to enter this competition.

In swimming, Orla Ryan (Lanesboro) progressed from her semi-final and qualified for the U-14 Backstroke Final where she was drawn in Lane 5, however, following a brilliant swim she narrowly missed out on a top four finish and a medal.

Aideen Skelly (Longford South) reached the U-16 Freestyle semi-final and in the U-8 Freestyle ‘B’ Shauna Burke (Clonguish) was also a semi-finalist.

Duileach Ryan (Lanesboro) won a silver medal in the U-12 Backstroke and Michael McCann (Clonguish) won bronze in the U-14 freestyle.

Ciaran Scanlon (Abbeylara/Mulinalaghta) finished 4th in the U-12 Breaststroke and Harry Byrne (Kenagh) was also 4th in the U-8 Freestyle.

Cian McCormack (Clonguish U-10 freestyle), Seadhna Ryan (Lanesboro U-14 Butterfly), David Mills (Carrickedmond U-14 Breaststroke) and Daniel Durkin (Longford South U-14 Backstroke) got through their heats and into the semi-finals.

Also representing Longford during the first weekend of the finals were ;