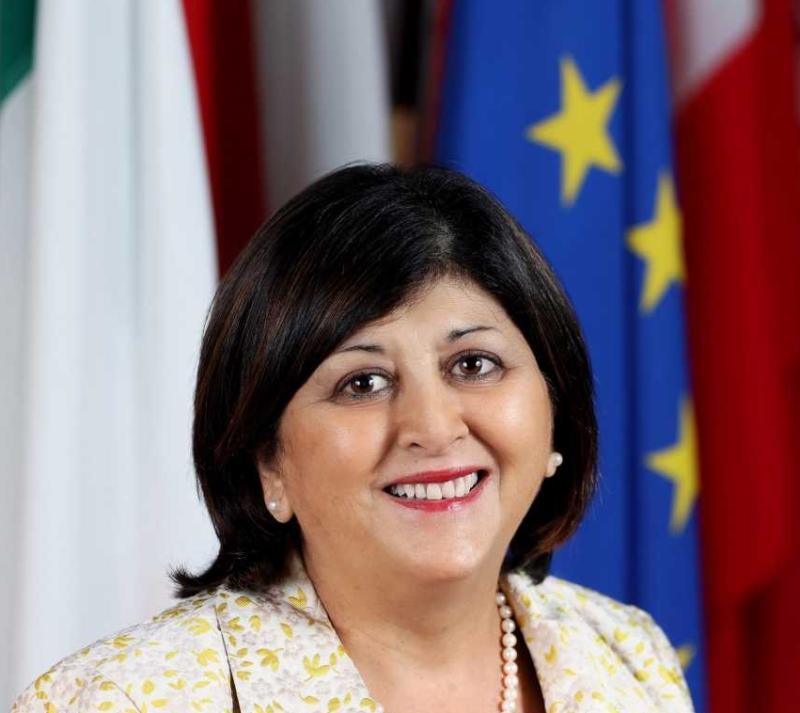 The results are in from the 2022 Model Council of the European Union debating competition. Six teams rose above twenty-one other schools across Ireland for their convincing portrayal of the positions taken by Justice and Home Affairs Ministers from various EU Member States.

These schools role-played Spain and Austria respectively. Honourable Mentions were also given to the following schools: Coláiste Nano Nagle in Limerick who represented Malta; Manor House School in Raheny, Dublin who represented Latvia and St Augustine’s College in Dungarvan, Waterford who represented Romania.

Today’s online debate discussed a proposed ‘solidarity mechanism’ to regulate asylum and migration between countries. In fact, the ‘solidarity mechanism’ under discussion today is a key element of the Commission’s ‘New Pact on Migration and Asylum’. However, when we chose the theme of migration for this year’s debate, we did not expect the horror that is currently being unleashed on Ukraine and the massive movement of people fleeing war.

The response from EU Member States has been strong, united and has shown great solidarity towards those seeking refuge. This demonstrates how long-standing positions can change overnight in the face of crisis and points towards the possibility for a more cooperative approach on migration challenges in the future.

Throughout 2022 we are celebrating the European Year of Youth. One of its objectives is to encourage young people to become active and engaged citizens. The Model Council of the European Union has been organised by the European Commission Representation in Ireland each year since 2007. The debate mirrors the format of a real meeting of the Council of the European Union (also known as the Council of Ministers) so that students can explore how the EU decision-making process works. The schools are encouraged to consult the Ambassador from each Member State as they prepare the respective national position. Every year, the Model Council demonstrates how young people can engage with a complex political issue and learn about different points of view.

The 2022 Model Council debate was chaired by Martina Fitzgerald and the debate was formally opened by Senator Lisa Chambers, Deputy Leader of Seanad Éireann. The debate judges were Brian Killoran, CEO of the Immigrant Council of Ireland, Stephen O’Shea, Deputy Chief Executive of the European Movement Ireland, and Grace Bolton, Head of Press, at the European Commission Representation in Ireland. The prizes were presented by Maria Walsh, a Member of the European Parliament for the Midlands-North West constituency.