Two friendly fixtures away against Portugal 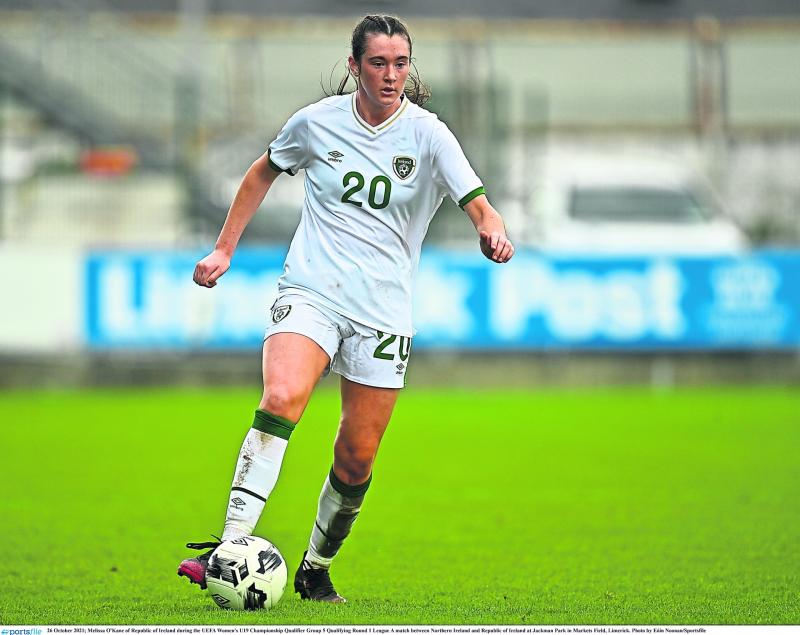 Melissa O’Kane from Ardagh, who plays with Athlone Town in the National League, has been selected for the Republic of Ireland Women’s U-19s for the two friendly fixtures away against Portugal this week as the start of the 2022/2023 season begins in Centro de Estágios do Luso.

Manager Dave Connell recently used a friendly game away to England to assemble a new group of players, but this trip to Portugal will allow him to have more time to work with the players.

These two games will help to start the preparations for the upcoming UEFA Women's Under-19 European Championship Qualifiers, which will see Ireland travel to Poland to take on the hosts as well as Northern Ireland and France.

For this squad, Connell welcomes the trio of Jessie Stapleton, Ellen Molloy and Abbie Larkin back from the WNT senior squad, where they were involved for the FIFA Women's World Cup qualifying wins over Finland and Slovakia.

There is a first call-up for Reading's Lucy Brame, while 16 of the squad have featured in the SSE Airtricity Women's National League already this season.