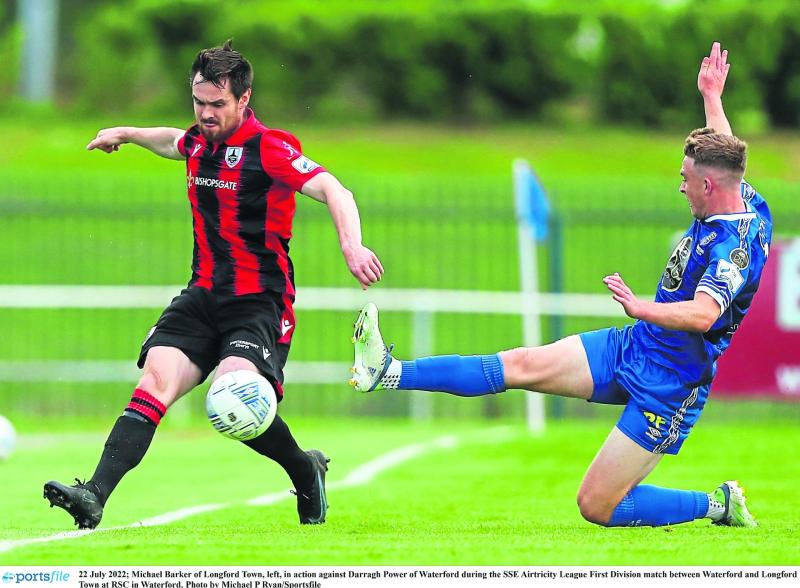 Longford Town face a very difficult game this Friday night when they travel to Oriel Park to play Dundalk in the first round of the FAI Cup, kick-off 7.45pm.

Dundalk are currently second in the Premier Division table behind the pacesetters Shamrock Rovers.

Dundalk have a proud tradition, winning the Premier Division on 14 occasions, the FAI Cup 12 times, the League Cup on 7 occasions and they have also won the First Division on two occasions.

Dundalk have won everything domestically but they also have made big progress in Europe especially when Stephen Kenny and Vinny Perth were in control.

The Co Louth club achieved some terrific results during those very exciting times.

Dundalk are now under the managerial skills of former player Stephen O'Donnell who moved from the top  position with St Patrick's Athletic up until the end of last season.

Dundalk were very much the team to beat when Stephen Kenny and Vinny Perth were leading the club and it's nice to note that they cut their teeth here in Longford.

Dundalk had an easy 3-0 victory over Finn Harps at Oriel Park on Friday night last with goals from Darragh Leahy (3 mins) Keith Ward (6 mins) and Stephen Bradley (36 mins) giving the home side a merited half time lead.

The boss O'Donnell used five subs in the second half against the luckless Donegal side.

Dundalk have only lost on three occasions this season, one less than Rovers but their problem is that they have drawn nine times.

Dundalk will keep the pressure on the current Premier Division champions with twelve games still to be played but Rovers have the points advantage and will be hard to catch at this stage.

The Dundalk team that started against Harps on Friday last was full of experience and some exciting youngsters.

Peter Cherrie, who starred for Derry City in recent years, is one of the top keepers in the League at the moment.

Darragh Leahy and Andy Boyle are two of the best central defenders in the League.

Sam Bone is also a very accomplished defender and they also have the very experienced Brian Gartland in the squad but he is currently struggling with an old injury.

Lou Macari's grandson Lewis is on loan with the club at the moment and he is a very exciting prospect. Man of the match against Harps was Paul Doyle who has come through the ranks at UCD.

Stephen Bradley, who is on loan from Hibernian, is a massive talent and another former UCD player Greg Sloggett is another player to watch.  Keith Ward has enjoyed a new lease of life since returning to Dundalk this year.

Up front Dundalk have Daniel Kelly who is a regular goalscorer and Patrick Hoban who can score in any company as his record in Europe would suggest.

When you look at the strength of the Dundalk bench,  the Town face a real tough game on Friday.

John Mountney, David McMillan, Joe Adams, John Martin and teen sensation Ryan O'Kane all came on against Harps and considering that Robbie Benson wasn't in the match day squad shows just how strong their squad is.

The Town go into the game on a high after their excellent 2-1 win over highly rated Waterford on Friday last at the RSC.

Sam Verdon made a return to the starting eleven after missing the Athlone game through suspension. Sam scored the winner in added time with a fine header. Shane Elworthy and Cristian Mageruson missed the game through injury with Eric Molloy and new signing Brandon McCann starting and Mick McDonnell got a start in defence.

Another new signing Jordan Adeyemo replaced Eric Molloy in the 71st minute and he equalised for the Town in the 84th minute to set up a grandstand finish.

Another newcomer Darren Clarke replaced McCann on the hour mark and there may be more players coming in before the window closes.

Goalkeeper Lee Stacey has joined Drogheda United and he has been replaced by Colm Cox.

Dundalk have to plan without the services of Mark Connolly who has returned to his parent club Dundee United.

The game in Oriel Park is a massive task and nobody will give the Town much of a chance against one of the top teams in the country but who knows what might happen!