Longford Town looking for win against Bray at Bishopsgate 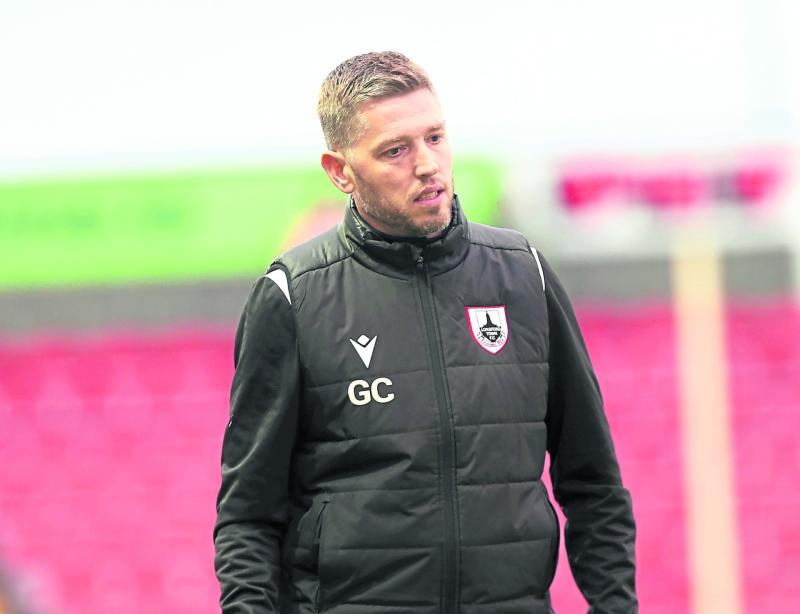 Longford Town are back in action against Bray Wanderers at Bishopsgate this Friday night (kick-off 7.45pm) after the mid-season break which coincides with the Republic of Ireland's games in the Nations League.

The game has been moved from the usual Saturday night slot due to the fact that the Republic are playing Scotland on Saturday.

Gary Cronin will be hoping that the break will give his injured players time to possibly get back to full fitness for the second half of the season.

At this stage the club have cemented their place in the table that should guarantee a promotion play-off spot but knowing how erratic football can be, we say that with a word of caution.

In the weeks leading up to the break the Town had a bad run against the three full-time teams in the First Division.

Cork City, Galway United and Waterford are working off big budgets and they train on a daily basis.

The weekend before the break the Town travelled to Cobh to take on the fast improving Ramblers side and came away with a very commendable 4-2 win.

Longford went into the Cobh game minus the services of Darren Craven, Ryan Graydon, Sam Verdon who are at various stages of injury and it would be great to have some of them back for Friday's game against Bray.

To add to the manager's injury woes, recent signing Joe Doyle had to be replaced after 38 mins through injury against Cobh and he was replaced by Cristian Magerusan who himself is coming back from a long term  injury.

Keeper Luke Dennison was replaced by Lee Steacy at half-time as the in-form keeper picked up an injury. With a much smaller squad than the three full time squads in the First Division, the Town really can't afford to have players out injured.

Manager Cronin will be hoping to strengthen his squad next month when clubs can sign players but it will be hard to get players out of the small pool of players who might come available.

Our lack of goals is a big problem this season and that means that we could do with more striking power.

Young striker Aaron McCabe, who came through from our under 19s a few seasons ago, has been very unlucky with injury and let's hope he and Callum Warfield who also had injury problems can come through and challenge for a place in the starting eleven.

Supporters will remember Aaron's crucial goals two seasons ago when we were chasing promotion and we hope that he will be hitting the back of the net for the second half of the season.

The victory over Cobh before the break should be a good boost going into the upcoming games, starting with Bray's visit to Bishopsgate on Friday night.

The teams have met twice this season and both ended in 2-1 victories. The first meeting at Bishopsgate in mid March ended 2-1 in favour of Bray. Club captain Sam Verdon gave the Town the lead after 9 minutes but goals from Kurtis Byrne (21 mins) and Paul Fox (39 mins) gave the visitors an undeserved victory as the Town were dominant but couldn't score.

The return game in the Carlisle grounds in mid-April ended 2-1 in favour of the Town. Michael Barker gave Longford the lead in the 54th minute but former Town striker Rob Manley equalised in the 79th minute.

Former Bray player Darren Craven scored the Town's winner in the 94th minute to give his new club a deserved victory.

It may be honours even at the moment but the Town need to pick up three points on Friday night to keep chasing the three teams above them in the table, all of whom think they should be in the Premier Division.

The Town need to get their injured players back in contention for a start and we can expect a tough match on Friday night.