Longford Town come from behind to confirm superiority over Athlone 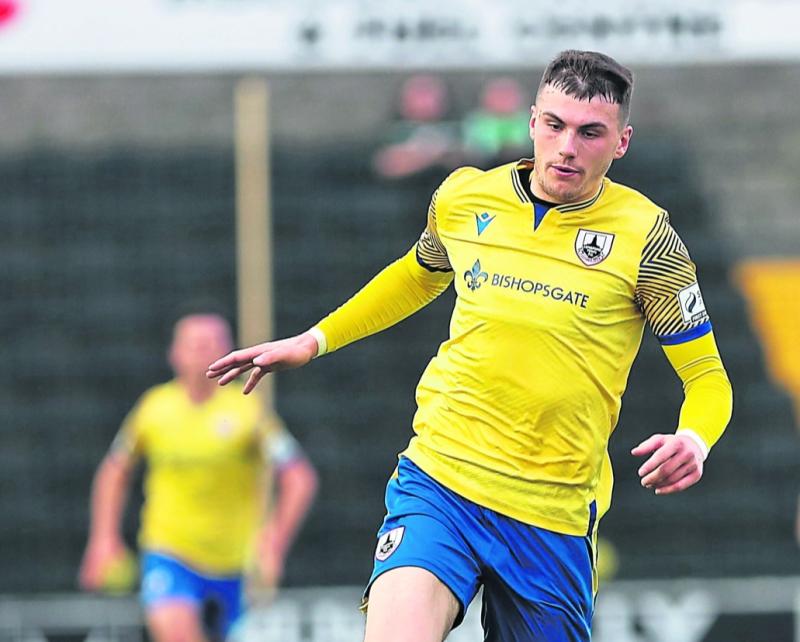 Ryan Graydon, who scored the winning goal for Longford Town in the league clash against Athlone

While Longford Town confirmed their superiority over Athlone in the Airtricity League First Division they had to come from behind to collect all three points.

It was a second consecutive win for Longford to consolidate their strong position in the promotion play-offs but Gary Cronin’s side had to work hard to come out on top at Athlone Town Stadium on Friday night.

The home side broke the deadlock in the 20th minute when the Town keeper Luke Dennison was unable to clear the danger and Shane Barnes shot to the net.

Longford got back on level terms in the 30th minute when a right wing cross from Karl Chambers sailed over the head of the Athlone keeper Smith.

Ryan Graydon broke through to score what proved to be the winning goal in the 34th minute, a fine finish from the Town attacker.

Athlone were reduced to ten men when Dobbin was dismissed for a second yellow card in the 86th minute.

There was a late scare for Longford when Oluwa hit the post in almost snatching the equaliser for Athlone.

The Town are back in league action on Monday night when they travel to Limerick to play Treaty United in the rearranged fixture at the Markets Field, kick-off 7.45pm.