Longford Town away to Athlone and Treaty United 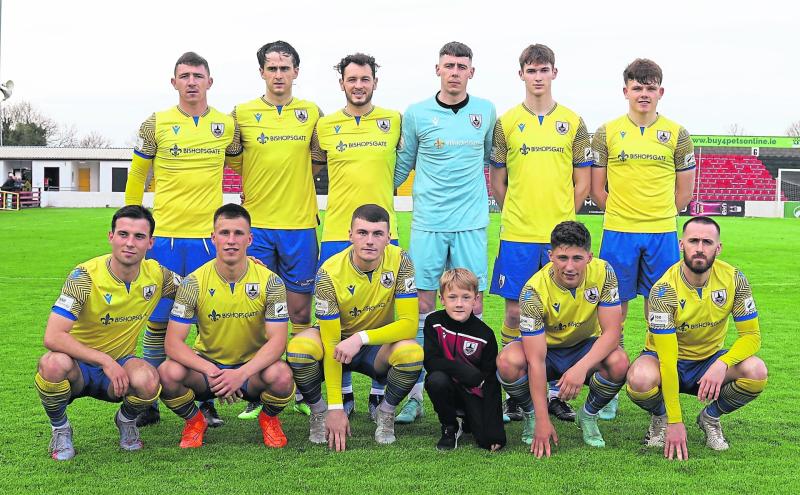 Longford Town are facing two away games over the weekend when they travel to Athlone on Friday and are also on the road again on Monday on a trip to Limerick to play Treaty United in a rearranged match.

Just two weeks ago the Town had to travel to Cork and Galway which was very tough on Gary Cronin's side especially when they were playing two of the three full time teams in this year's First Division.

First up on Friday night  is the midlands El Classico and despite the home side being rooted at the bottom of the table, this will be a tough game for Gary Cronin's side, kick-off 7.45pm.

The Town have been the standard bearers in the midlands in recent years but the current Athlone squad under the caretaker manager Dermot Lennon are improving and are a tough nut to crack.

Cork City will testify that particular view after last weekend’s close encounter in Lissywollen when a 94th minute winner from former Town player Aaron Bolger gave the table toppers a very hard earned victory. Striker Thomas Oluwa gave Athlone the early lead but he unfortunately missed the penalty when it was 1-1. Thomas is a big imposing striker and he will need to be closely watched on Friday.

By and large this is a very youthful Athlone team but they have many enthusiastic players and they will give everything for the stand-in manager Lennon who wore the red and black of Longford Town years ago.

Athlone have a youthful side but they also have experience in keeper Schlingermann, defender Declan Daly, midfielder Stephen Kenny and they will undoubtedly be trying to improve their points total which stands at two which comes from draws against Treaty United and Bray Wanderers.

It's fair to say that Athlone have no luck in front of goal but there is a good feeling around  that Dermot Lennon is putting in a massive effort to get his team away from the bottom of the table.

Back in early April the Town beat Athlone 2-0 at Bishopsgate and the then manager Martin Russell left his position as manager the following day.

Dermot Lennon, the club's director of football, has taken over as caretaker manager until a new man comes in to fill the position.

Against Athlone in the game at Bishopsgate, the Town  goalscorers were Darren Craven and Michael Barker and there is a possibility that both will miss Friday's game through injury.

Barker was selected to start against Wexford and he picked up a problem during the pre match warm up and  he was replaced in the centre of the defence by Matthew Dunne who has come up from our underage teams.

The Town need three more points against Athlone to maintain their challenge for promotion.

Treaty United at the Markets Field on Monday

The Town are on the road again on Monday when they travel to Limerick to play Treaty United at the Markets Field, kick-off 7.45pm.

Treaty were idle last weekend and that should be an advantage for Tommy Barrett’s squad who are playing very well this season after having a tough run last season.

Barrett is doing a super job with the Limerick based side and no doubt he will have them chasing a play-off spot like ourselves at the end of the season.

Their form to date is four wins, four draws and four defeats. Treaty have scored 15 goals in the twelve games played and remarkably they have conceded 16 during that period. When the teams met at Bishopsgate a few weeks ago the game ended scoreless but in fairness it was a cracker and it was amazing that there were no goals.

I suppose the main reason for the 0-0 draw was the form of both keepers on the night. Luke Dennison is having a superb season in goal for the Town and on that night he made a few splendid saves during a very exciting game. His opposite number Jack Brady needs no introduction to the Town fans and he had a superb game in goal for Treaty.

Former Town centre half Joe Gorman is playing in the centre of the Treaty defence and is doing very well for his new club while Charlie Fleming and Marc Ludden are playing so well in the defence.

They also have Conor Melody which gives them great stability at the back. Treaty have Enda Curran playing up front and he is doing a superb job for the team and he is scoring some very important goals.

Dean George and Joel Coustrain are also capable of causing problems for opposing defences and it should be a very close game.

Last weekend the Town had a fantastic 2-1 victory over Wexford. The Town went into the game minus the services of Dean McMenamy who had to sit out the game after being sent off in Cork.

Darren Craven also missed out as he picked up a very  bad knock against Cork and he could be out for a long period.

Michael Barker was selected to start the game against Wexford but he picked up an injury in the warm up and he had to be replaced by Matthew Dunne who played soundly after a nervy start.

Callum Warfield and Aaron McCabe are sorely missed and we could do with them and Cristian Magerusan in the team.

This weekend will tell us if we are going to challenge for a top three spot in the table and we hope that there will be a big turnout of fans on Friday night in Athlone.