Another home league fixture against Cobh Ramblers on Tuesday next 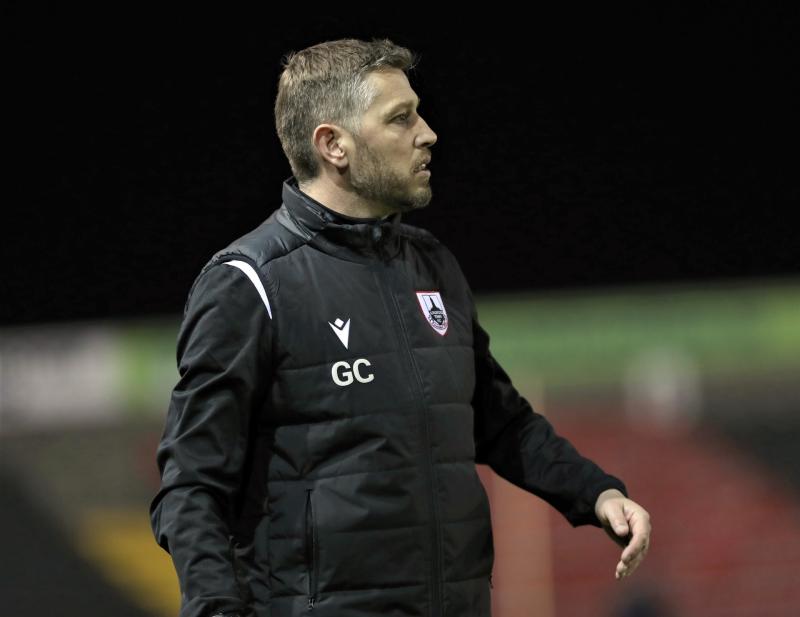 After making the long journey to the RSC to play Waterford on Friday night last, it's back to Bishopsgate on Saturday next when Longford Town play neighbours Athlone Town, kick-off 7.30pm.

Following Saturday night's game the Town are at home again on Tuesday night next against Cobh Ramblers for the rearranged game after the original fixture was postponed due to the bad weather at that time.

Athlone come to Bishopsgate as the bottom team in the First Division at the moment. Athlone are a new team this season under new manager Martin Russell who is a very experienced football man who is only getting to know his new squad.

Russell was a very accomplished player in his day, lining out for four different cross channel teams before returning to Ireland.

Russell played with Portadown in the Irish League and it's ironic that Paul Doolin who was his predecessor in the Athlone job is now managing Portadown at the moment.

Russell, who played with St Patrick's Athletic, has brought in some new players to Athlone with three arriving from Holland and there is no doubt that it will take time for them to get used to Irish football.

Tumelo Tiou played under age for the Town and also played in the FAI Cup when only 16 years of age. Both these lads are excellent young players and are capable of playing at the highest level.

Athlone drew with Bray Wanderers last weekend and are capable of causing an upset or two and in Thomas Oluwa they have a potential match winner.

Athlone have many young promising players in their squad but they also have one of the top keepers in the League in Michael Schlingermann.

The experienced shot stopper previously played with Galway, Sligo, Drogheda and Monaghan. This is his second stint with Athlone having played with them in 2010.

Derek Daly, ex-Bray and Waterford, along with Glen McAuley are two established players who are capable of turning games for the club and there is no doubt that manager Russell will have his team fired up for this local derby.

Longford v Athlone games have produced some strange results over the years but knowing Gary Cronin he will keep his team focused for this very important game which is expected to attract a big crowd.

Home to Cobh Ramblers on Tuesday next

After Saturday's home game v Athlone it's back to Bishopsgate on Tuesday night for the refixed game against Cobh Ramblers, kick-off 7.45pm.

Cobh come to Longford after travelling to Eamon Deacy Park on Friday last and by all accounts they were so unlucky not to get a draw against the highly rated Galway United side who are one of three full time clubs in the First Division.

The only goal of the game came from Galway defender Killian Brouder in the 68th minute. That win keeps Galway in second place in the table and the top three positions are occupied by the three full time teams in the League.

The fact that the Town has taken points from all three proves that Gary Cronin is making his mark with his new team and hopefully his good run will continue.

Cobh have an advantage being so close to Cork that they get the use of many promising young players from the Cork area.

The fact that the Munster Senior League is of such a high standard is another option for Cobh as they look for experienced players who are good enough for the First Division.

Defender John Kavanagh, who played with Cork City from 2011 to 2019 and also played with Waterford and Finn Harps, is a Premier Division player and he gives the Cobh defence a great stability.

Ben O'Riordan is another experienced defender having played over 100 games for the club.

A few interesting players who could feature against Longford are Issa Kargbo who arrived from Cork's under 19s.

Harlain Mbayo is another name to watch as big things are expected from this very exciting prospect. Up front Beineon O'Brien Whitmarsh, the former Cork City striker, is clearly a threat up front. He, like many of his team mates, has come through the youths system at Cork City.

Other strikers in the Cobh squad are Gordon Griffin and Sean McGarth who are fighting for places in the starting line up.

Cobh are second from the bottom of the table but League positions at this stage of the season mean nothing.

Cobh have 4 points from six games - a win and a draw and four defeats. They beat Athlone and drew with Treaty United but with a very good young squad one expects them to move up the table.

As stated Cobh have a good balance of youth and experience and they will be a tough nut to crack.

The Town travelled to the RSC on Friday night last to take on big spending Waterford. The Town took the lead on 36 minutes with Shane Elworthy getting his name on the scoresheet in his 100th game for the club.

Gary Cronin started the same team that played against Galway United the previous weekend. The Town boss is still short a few players and that is due to injury.

The two fixtures over the weekend are both must win games if Longford are going to challenge for the top two/three positions in the table.

In the last two games against full time squads in Galway and Waterford the Town have shown that they are good enough to compete at the top end of the table.