Brilliant start decisive as Longford Town win away against Wexford 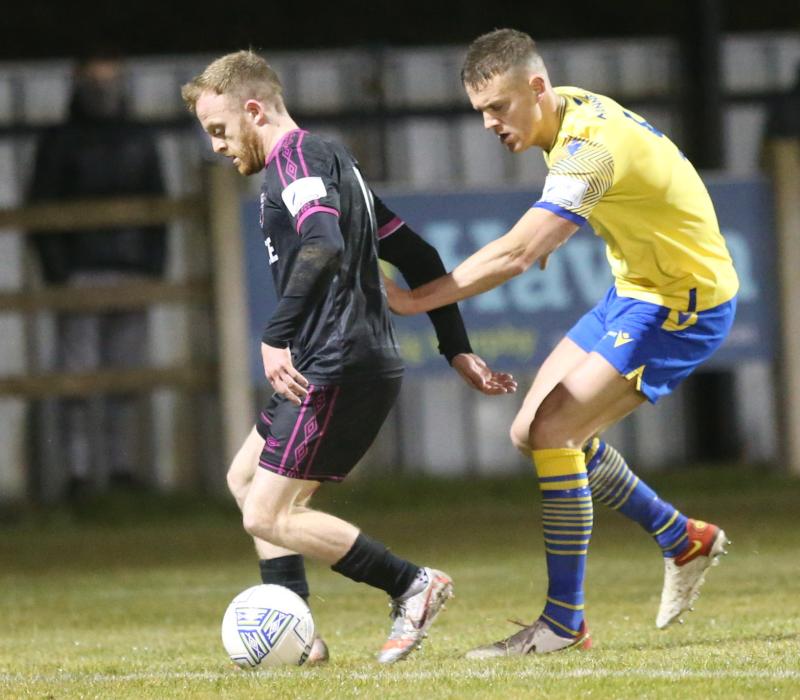 Spurred on by a brilliant start with Dylan Barnett scoring the opening goal with less than two minutes gone on the clock, Longford Town registered their first win of the season in the Airtricity League when they whacked Wexford at Ferrycarrig Park on Friday night last.

The Town bounced back from the disappointing defeat at home to Bray Wanderers the previous Monday night in fine fashion and the lead was extended with a real gem of a goal from Ryan Graydon in the 17th minute.

There was just no stopping Longford and Aaron Robinson got the third goal in the 81st  minute to cap the impressive overall performance which will certainly have pleased the manager Gary Cronin.

The outcome of this First Division encounter was more or less sealed inside 17 minutes by the strong-starting visitors, as they pounced for an early goal and then doubled their advantage to leave the hosts chasing an essentially lost cause.

This was a reunion in many respects, as starting home trio Joe Manley, Conor Davis and Aaron Dobbs all joined the club from Longford before the season commenced, while Aidan Friel had left after his first stint in Ferrycarrig Park to join the midlanders in 2017.

On the other hand, there was a return to his old stomping ground for Longford attacker Eric Molloy, a key player during Wexford’s sole Premier Division campaign six years ago and one of the most talented performers that ever represented the club.

The Carlow man’s career since has brought him to New Zealand, Poland and Waterford, before joining Longford from Shelbourne, but he was forced off at half-time on Friday after sustaining a facial injury in an accidental clash just before the break.

The game was only 92 seconds old when Longford took the lead. Shane Elworthy’s cross from the right was knocked out by Joe Manley for a corner.

Ryan Graydon played it short to Dylan Barnett, got the return, and then gave it back immediately to his  team-mate.

Barnett wasn’t closed down, and his low shot went through the legs of a possibly unsighted Wexford keeper Paul Hunt (another former Town player) to give Longford an early advantage.

Their second goal was a strike of absolute quality, and it arrived in the 17th minute as Graydon turned from provider to finisher. He gathered possession on the right side of the penalty area, with an initial attempt to play a square pass rebounding into his path.

What followed next was a moment of sheer class, as Graydon had a quick look up and dinked a beautiful looping finish into the far corner of the net with his left foot.

It was a goal he will no doubt be talking about for a long time to come, and with very good reason.

And although Longford had to absorb a lot of second half pressure when Wexford had plenty of the ball without doing a lot with it, they had the considerable benefit of the cushion provided by that classy Graydon finish.

They added a third goal in the 81st minute, but in all truth it should have been prevented. A Graydon cross was cleared by Lorcan Fitzgerald into the path of midfielder Aaron Robinson, who had plenty of time to take aim.

However, his shot from distance was straight down the middle and in the line of sight of netminder Hunt, but it somehow eluded the Wexford number 1 and went in over his head to complete a 3-0 victory for the visitors.

Paul Cleary volleyed right and wide after a Conor Davis free-kick in the 27th minute, while Aaron Dobbs headed over from a left-wing Adam Wells cross as Wexford tried hard to get back into contention after conceding the couple of early goals.

Graydon blazed over from a good chance to make it three for the Town after a Dean McMenamy pass, with the latter firing the last chance of the first half left and wide just before the break.

Dinny Corcoran wasn’t too far away from the goal Wexford needed just under two minutes into the second half,  after an initial Aidan Friel effort was blocked on the edge of the box.

Graydon then drove left and wide after Sam Verdon’s knock-down on a long crossfield ball by Darren Craven, with Wexford making a triple substitution after 65 minutes in a bid to make better use of their plentiful possession.

One of those fresh faces, Conor Crowley, lashed in a shot from outside the box that went narrowly right and wide, while Dobbs flicked up a pass by Jack Doherty – another ex-Longford player – but missed the target with the shot that followed.

Dinny Corcoran embarked on a barrelling run down the middle in the 81st minute but fired over from close to goal, with the linesman putting up his flag and then dropping it again in the build-up.

That subsequent goal from Aaron Robinson capped off a very productive night for the visitors, although they were fortunate not to concede in added-time.

A Corcoran cross found Aaron Dobbs after an initial free-kick by Lorcan Fitzgerald, and he was frustrated to blaze wide against his former club.