Longford Town are facing a tough task away to Wexford 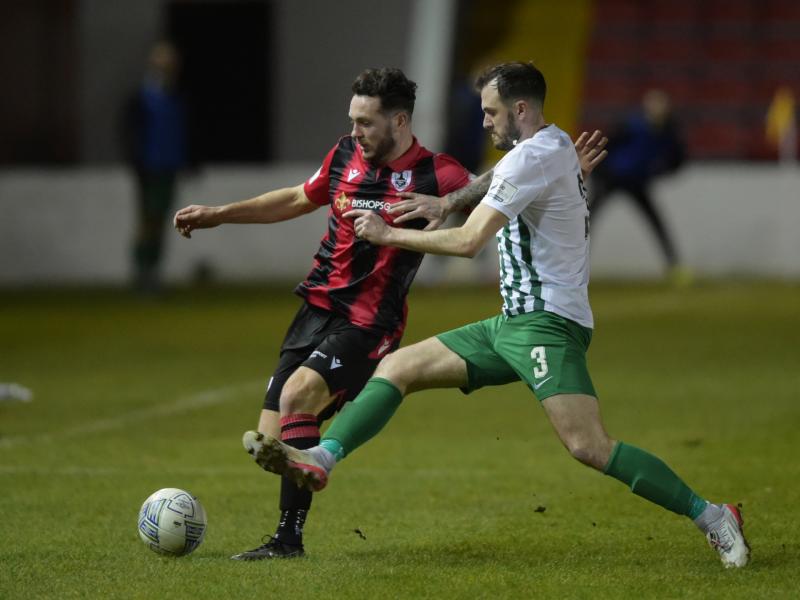 Longford Town make the long journey to Ferrycarrig Park on Friday (kick-off 7.45pm) to play a much improved Wexford FC.

Their record to date is two wins and two defeats which is a big improvement for the new look team under rookie manager Ian Ryan who at 34 is the youngest manager in the league at the moment.

Last season Wexford were trying to stabilise and this season Ian has recruited over a dozen new players and the fruits of his efforts is a very respectable six points from four games played to date.

In their opening game of the season they played Treaty United at home.

In their second game of the season Wexford beat Cobh Ramblers 3-2 away with goals from Thomas Considine (71 mins) and a double from Dinny Corcoran 81, 89 mins after the home side went two nil up.

In their next game Wexford beat Athlone Town 2-1 with goals from exciting young prospect Harry Groome and another former Town player Aaron Dobbs who is having his second stint with the southern club.

Wexford also lost to the then top of the table Waterford on a 2-1 scoreline two weeks ago and on that occasion Conor Crowley scored for Wexford.

Manager Ryan has assembled a side that he thinks are capable of getting to the play-offs this season and his current squad includes six former Town players.

Midfielder Jack Doherty is undoubtedly a very talented player who can influence games and he is a potential match winner in all games that he plays in.

Up front are Conor Davis and Aaron Dobbs and those two players need to be closely watched as both are proven goalscorers.

Manager Ryan has made an excellent signing in bringing the very clever and talented Lorcan Fitzgerald to the club as a player/coach. Lorcan has played at the highest level in this league and he will bring through the exciting young players in the squad.

Looking at the Wexford squad and their results to date there is no doubt that Longford are facing a stern test at Ferrycarrig Park on Friday night.

The Town travelled to Limerick on Friday last and were told around an hour before kick-off that the game was called off because the pitch wasn't playable.

The decision that everyone knew would happen came to the annoyance of both clubs and also many supporters who had travelled from Longford and other parts of Ireland.

Everyone was disappointed with Friday's decision and Town supporters were heading for more disappointment on Monday night when they played pointless Bray at Bishopsgate.

After the very convincing performance against Cork (who are now table toppers on goal difference) manager Cronin made one change from the team that started in the previous game.

Ben Lynch, who was very impressive in all the pre-season games, came on in the Cork City game and got the nod to start in place of another young up and coming player Matthew Dunne who had an excellent game against a fast improving Cork.

One wonders how we weren't out of sight after around 20 minutes and then we lost our way. Sam Verdon scored the opening goal of the game on 8 minutes and the Town were in complete control but a combination of poor finishing and some great defending by Bray meant that the scoreline was kept to the minimum of margins.

Verdon  could have scored two or three more but it wasn't the Town's night.

The visitors came with a match plan and it worked. Long balls out of defence was in their tactics and they worked it well to equalise in the 21st minute through Kurtis Byrne but the offside flag should have been raised in this attack.

Paul Fox put Bray ahead in the 39th minute, a lead that they held until the final whistle. The time wasting by Bray in the second half was unbelievable and they got away with it, as the referee was poor to say the least.

I personally and many supporters at the game were amazed that only one sub was used by the Town management, especially when we were chasing to get back in the game.

How Karl Chambers and Shane Elworthy weren't introduced in the second half is beyond belief as both are experienced players.

There are still a few players on the injury list and hopefully manager Cronin will have a full squad to pick from in the coming weeks.

After the great performance against Cork in the first game this was a really poor result and let's hope that is an eye opener for all the squad.

There is no doubt that if the current Town squad play  to their potential this will be only a blip as the club chases a quick return to the Premier Division.

We would like to remind everyone that the car boot sale will be on this Friday March 18th. Before Covid struck there were huge attendances at Bishopsgate for the regular bank holiday car boot sales. See you all out on the Strokestown Road at the car park at Bishopsgate Stadium. Clear out your attic or garage and bring all the contents to this week's car boot sale.