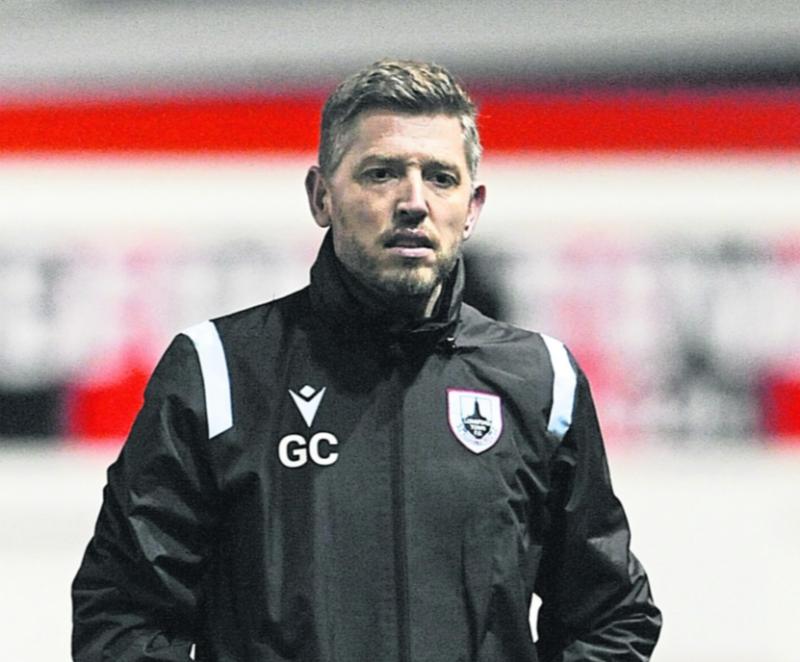 Playing only their second fixture in the SSE Airtricity League First Division this season, Longford Town were left to rue a number of missed chances in the disappointing defeat against Bray Wanderers at Bishopsgate on Monday night.

It was looking good for Longford when Sam Verdon finished the ball to the net following a goalmouth scramble in the 8th minute and Bray were fortunate not to fall further behind before they were gifted the equaliser.

Former Town striker Rob Manley broke through and after his shot was well saved by the home keeper Luke Dennison, slack defending gifted Kurtis Byrne the opportunity to score the equaliser from close range in the 21st minute.

The turning point materialised in the 38th minute when Verdon missed a glorious chance of putting the Town back in front and moments later it was Bray who took the lead when a Paul Fox shot in the box clipped the underside of the crossbar on the way into the net.

That was a real sickening blow for Longford who certainly did not deserve to be trailing and they should have got back on level terms in the 60th minute when Verdon had a point-blank strike stopped by the opposing keeper Stephen McGuinness.

Verdon should probably have scored a hat-trick but it was not to be for the midlanders as Bray stuck it out to collect all three vital points.

The Town will be hoping for better fortune when they make the long trip down to the south east to face Wexford at Ferrycarrig Park on Friday night.