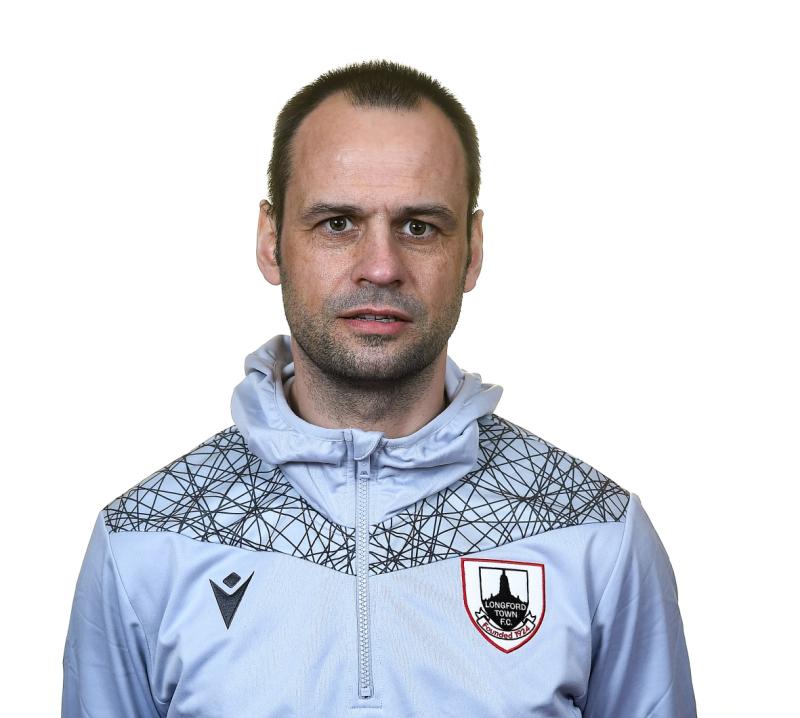 Longford Town are near the end of their tenure in the Premier Division and they travel to Oriel Park this Sunday (kick-off 5pm) to play a Dundalk side who still have an outside chance of qualifying for Europe next season.

The statement added; "The club thanks Daire for his efforts over these past seasons. John Martin has been appointed acting manager for the remainder of the 2021 SSE Airtricity League season.”

The Town have three games left to play in the Premier Division, starting with the visit to Dundalk on Sunday and then at home to Waterford and away to Finn Harps.

Dundalk scored a crucial 1-0 win away to Co Louth neighbours Drogheda United on Thursday night with Daniel Cleary scoring a late winner in the 86th minute.

The only things that have been decided in the last few weeks is the fact that the Town were relegated and on Friday night last Shamrock Rovers were crowned Premier Division champions, thus retaining the league title.

A lot has been spoken about the current Shamrock Rovers side and there is a view that they are there at the top for years to come as they have a very strong squad with big financial backing.

Looking back at the season one has to say that the Town were one of the teams that caused Stephen Bradley’s team some anxious moments in all four games played between the two teams.

The fact that Rovers scored winners in the 93rd, 95th and 96th minutes against the Town showed that we did compete very well against the champions.

Last weekend second in the table St Patrick's Athletic came to Bishopsgate and went away with a 4-1 victory but the result isn't a true reflection of the Town's performance.

Once again we got our chances up front but like in previous games we were unable to punish teams when we get chances in front of goal.

Town striker Dean Williams was twice denied by Liverpool loanee Vitezslav Jares in the St Pat's goal in the opening twenty minutes and as usually happens the team under pressure break out and score themselves. The Pat's opening goal was an excellent effort from another loanee Matty Smith who latched on to an excellent Chris Forrester flick and he blasted the ball to the net.

After that lead goal the Town were denied a blatant penalty by referee Ray Matthews when Rob Manley was fouled by Paddy Barrett and one wonders what would be the outcome if we were awarded the penalty. Not for the first time this season this official has robbed the Town.

Smith doubled his tally just before half-time when he scored from Robbie Benson's corner. The Town got back in the game in the 50th minute when Dean Williams scored after running on to an excellent through ball from Aodh Dervin.

The Town did well until the 84th minute when Pat’s scored goal number 3 while the ever alert Smith completed his hat-trick in injury time.

Going to Dundalk for the last meeting between the clubs this season is a very tough task.

Last weekend Dundalk beat Waterford 1-0 at Oriel Park with an excellent goal from Daniel Kelly in first half injury time. Dundalk controlled the second half and should have scored three or four more goals but for poor finishing and some excellent goalkeeping from Waterford keeper Paul Martin.

The Town have done very well against Dundalk this season having beaten them once and drawn the other two games.

The opening game against Dundalk ended 2-2 at Bishopsgate when the Town went two up early on with goals from Dylan Grimes (6 mins) and Rob Manley (14 mins). Junior got Dundalk back into the game on 20 mins and the now departed Chris Shields got an equaliser in the 81st minute.

The second meeting at Oriel Park ended all square also. The Town took the lead through Aaron McNally in the 12th minute and that man again Chris Shields equalised on 28 mins. Dundalk were awarded a penalty on 73 mins and Town keeper Lee Stacey saved Pat Hoban's spot kick.

The third meeting between the clubs in early September was won one nil by the Town with the only goal of the game coming from centre half Aaron O'Driscoll who headed to the net from a Dylan Grimes cross.

The Town ended the game with nine men as Aaron Robinson saw red after two yellow cards 58 mins and Rob Manley was red carded on 84 mins and Dundalk had a player red carded in the 92nd minute.