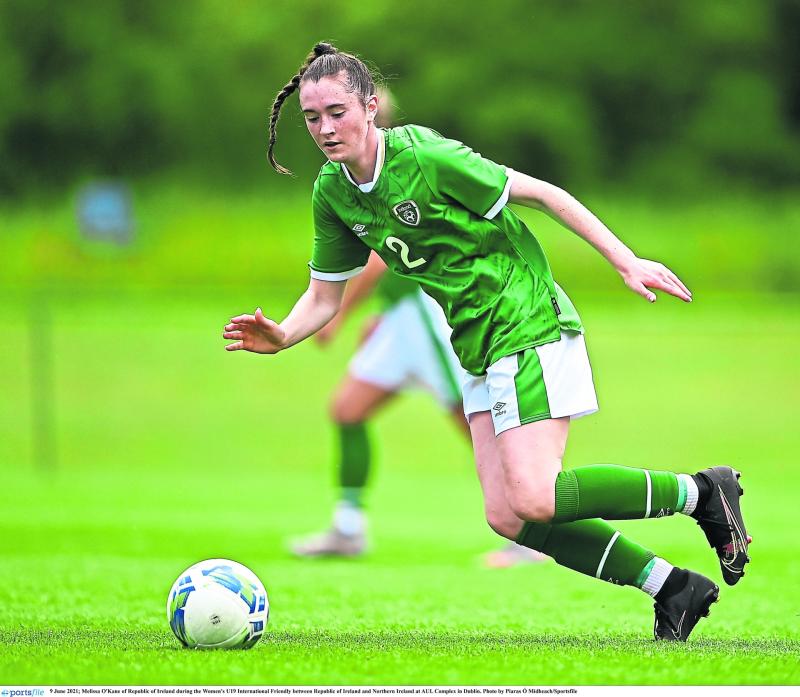 Longford’s Melissa O’Kane from Ardagh, who plays with Athlone Town in the National League, has been selected for the Republic of Ireland Women's Under-19 soccer squad for the forthcoming games against England, Switzerland & Northern Ireland in the UEFA European Championship qualifiers in Limerick, kicking-off on Wednesday, October 20.

There is nothing like a strong home support to help a team in difficult games and that is exactly what Republic of Ireland Women's Under-19 Head Coach Dave Connell is hoping for in Limerick.

The first two games will be played at the Markets Field before they finish up at Jackman Park, with tickets available at the gate of both venues.

"We've had fantastic support from the people of Limerick in the past. It is a real football city and it would be great if we could get a big crowd again, as that would mean a lot to the players and spur them on," said Connell.

"We are in a tough group with Switzerland top seeds and England being the best second seed, while we recently played Northern Ireland so we know about their qualities. If we can get off to a good start then you never know but that is what we need to focus on."

Connell has great experience at this level, having guided an Ireland team to the semi-finals of the European Championships in 2014, and he is upbeat about his current squad's chances.

Fourteen members of the WU19 squad have featured in the SSE Airtricity Women's National League this season, while midfielder Ellen Molloy already has four WNT caps.

Republic of Ireland Women's Under-19 Squad

UEFA Women's Under-19 European Championships Round 1