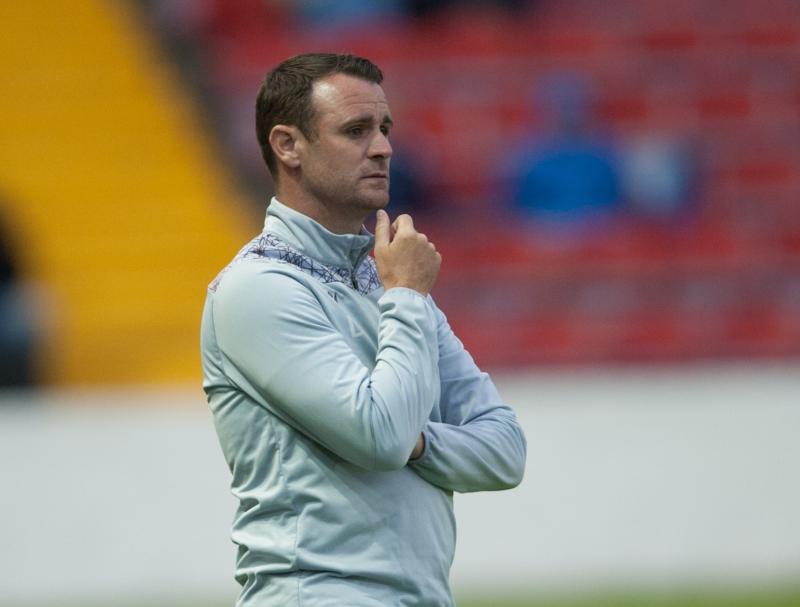 Longford Town are facing a daunting task against the league leaders Shamrock Rovers at Tallaght Stadium this Sunday, kick-off 3pm.

The Premier Division game is fixed for Sunday as Rovers are playing in the Europa Conference League at home this Thursday night (kick-off 8pm) against KF Teuta Durrës who are from Albania.

After their unlucky exit from the Champions League some weeks ago, the Hoops manager Stephen Bradley will be hoping that his side get an extended run in the Europa Conference League.

Rovers are the strongest team in the Premier Division and it looks like the league title is heading back to Tallaght this season, such is their superiority in most of the positions.

Former Bohs player Danny Mandroiu was in fine form against St Pat’s, scoring twice, while defender Roberto Lopes got the other goal for Shamrock Rovers.

This result cements Rovers position at the top of the table and with such a strong squad they could put out a second eleven and win most games against the rest of the league.

Shamrock Rovers used fifteen players against St Pat’s on Friday night last and all of them would walk into any team in the league.

Reflecting back to the previous two games between the Town and Shamrock Rovers, the stats will show that Longford were caught in stoppage time as the Dublin giants snatched all three points.

On their previous visit to Tallaght, the Town were looking good for a draw deep into injury time only to suffer the sickening blow of conceding a killer goal when a deflected shot from Sean Gannon ended up in the back of the net.

Graham Burke equalised from the penalty spot in the 54th minute after Longford took a shock lead after only seven minutes.

Roberto Lopes was yellow carded for a foul in the box and a penalty was awarded, which was converted by Dylan Grimes. The general opinion was that Lopes should have been sent-off for a straight red card offence.

When the teams clashed at Bishopsgate, Rovers had to rely on a Rory Gaffney goal in the fifth minute of stoppage time to emerge victorious.  The Town were so unlucky not to get a result in both games.

Last Saturday night Longford were in action against Derry City at Bishopsgate and were in a fairly confident frame of mind after two good draws in the league against Drogheda and Bohemians, along with the impressive victory over Bangor GG in the FAI Cup.

It is hard to believe that the Town should have scored a couple of goals in the early stages of the game with the first chance coming in the opening minute, a shot from Aaron McNally that was pushed around the post by the Derry keeper Gartside.

A few minutes later the home side had another chance when a Dylan Grimes free-kick found Rob Manley but his shot flew over the bar.

Former Shamrock Rovers and Linfield player Danny Lafferty gave Derry City the lead just past the half hour mark and thereafter the Town were under pressure in looking to engineer an equaliser.

The visitors sealed the victory in the 82nd minute when Junior Ogedi-Uzokwe scored the killer second goal, shooting past Town keeper Lee Steacy after being put through by James Akintunde.

While Derry gained sweet revenge for the defeat at Bishopsgate in the opening game of the season, it would probably have been a different story had the Town taken those chances in the early stages of the game.

The loss of defender Shane Elwortrhy after only 13 minutes was a big blow for Longford, even though his replacement Karl Chambers played well.

Daire Doyle brought on four substitutes in the second half but one wonders the reasoning of playing a small striker Dean Williams up front on his own against a towering Derry defence and playing Rob Manley out wide.

Poor finishing and conceding late goals are hitting Longford hard and 21 league games without a win is a sad reflection on the season so far.