Soccer is back in action in big buzz for Longford Town

Away to UCD this Friday July 31; Bray come to Bishopsgate on Monday next August 3 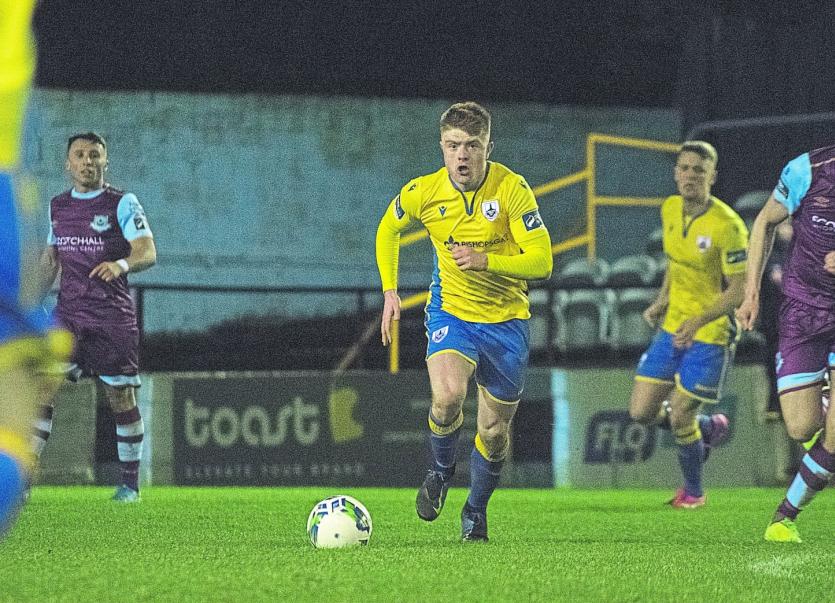 Aodh Dervin on the ball for Longford Town against Drogheda in the Airtricity League First Division game at United Park on Friday February 28 when the club were last in competitive action Pic: K Keenan

After many weeks of uncertainty and the fear factor surrounding the coronavirus pandemic which brought sport to a standstill all over the country, Airtricity League soccer is back in action this Friday night  in a big buzz for Longford Town FC and the other 18 clubs.

The season restart is a great lift for the loyal Longford supporters despite the fact that the  total attendance at all games is currently capped at 200 including all players, staff, medical personnel, security and stadium staff, broadcasters and media.

This figure is in line with current Government guidelines and remains subject to HSE advice.

Longford Town manager Daire Doyle has assembled a strong squad who are clearly capable of producing a major challenge at winning the First Division title this season in the battle for the automatic promotion place.

And with a play-off series involving the teams that finish second, third, fourth and fifth the general opinion is that Longford will be serious contenders for a possible return to the Premier Division for the first time since 2016.

A positive start before the Covid-19 lockdown saw Longford Town beat Shamrock Rovers II at Bishopsgate in the opening game of the season five months ago and the players followed that up with a brilliant win away to Drogheda United on Friday February 28.

UCD, who were relegated from the top flight last season, are the opposition at the University Bowl on Friday night, kick-off 7.45pm.

After playing a few very useful friendly games against Premier Division clubs, hopes are high that the Town can collect another three vital points in the start of a very busy schedule of fixtures for the remainder of the truncated 2020 season.

The first game back at Bishopsgate on the return to football will see Longford in action against Bray Wanderers on the Bank Holiday Monday August 3, kick-off 7.30pm. The Round 3 fixture was postponed due to a waterlogged pitch back in March.

Also in this week’s Leader is an interview with St Mary’s Granard manager Ryan Casey and reports from the All County Football League Division 1 games: Clonguish v Dromard and Abbeylara v Mullinalaghta