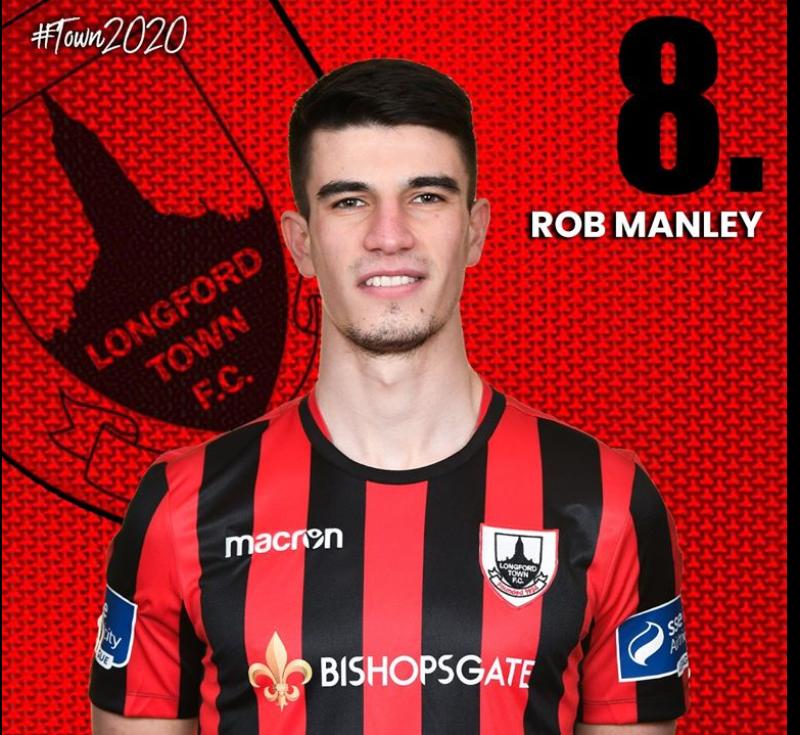 Longford Town’s new signing Rob Manley is hoping to follow in Kevin O’Connor’s footsteps. In 2013 O’Connor scored the winning goal for Bray Wanderers in the promotion/relegation play-off as Longford Town were consigned to another season in the First Division. In 2014 he signed for the club and helped them gain promotion to the Premier Division.

Last season Manley scored the winning spot-kick as Cabinteely defeated the Town in the 3rd v 4th place play-offs, decided by the dreaded penalty shoot-out in the second leg in Longford.

The striker signed for the Town this season with the aim of  helping them push for promotion.

“That’s what myself and the other signings have been brought in to do. We want to go one better this year. We want to get promoted.”

Longford Town manager Daire Doyle signalled his intentions for this season by capturing the 2019 PFAI First Division Player of the Year. Manley’s brother Joe, who signed for the Town last year, played a part in his older brother’s decision to join the midlands club along with manager Daire Doyle.

Rob said:  “I listened to both. Joe was a big influence. He had so many good things to say about the club. As well as that when I saw that a lot of the players had signed back so quickly there was obviously a reason for that. Then when I got talking to Daire he convinced me to sign.”

Manley is looking forward to the season ahead and is hoping Town can challenge for the title  this season.

“Everyone in Longford enjoyed the season last year. That’s why most of the players decided to stick with the club. They felt they could have achieved more and with the signings that Daire has brought in I think we can achieve a lot this season.”

The striker was full of praise for his manager Daire Doyle and assistant John Martin and both have impressed him so far.

“Daire seems to get on very well with everyone in the club. I’ve only been here a short time. He has the assistance of John Martin, who has played for the club as well, and he has been super with us. It’s all looking good at the moment.”

Just like his manager, Manley believes Drogheda United, Bray Wanderers and Galway United will be pushing hard for promotion.

“The likes of Drogheda, they have signed well and retained a good few of their players from last year. Bray have also signed good players. You have Galway as well in the mix. It’s going to be a brilliant season. We are all looking forward to it and I can’t wait to get going.”

Over the past couple of years Longford Town have struggled in the goal scoring department and the supporters will be hoping that Rob Manley can rectify that. There will be added pressure on the striker to perform and score goals but he said that doesn’t faze him.

“There is pressure everywhere you go. I always apply a little bit of pressure to myself. Just to keep myself motivated and on track. That’s what I’m going to do this season.”