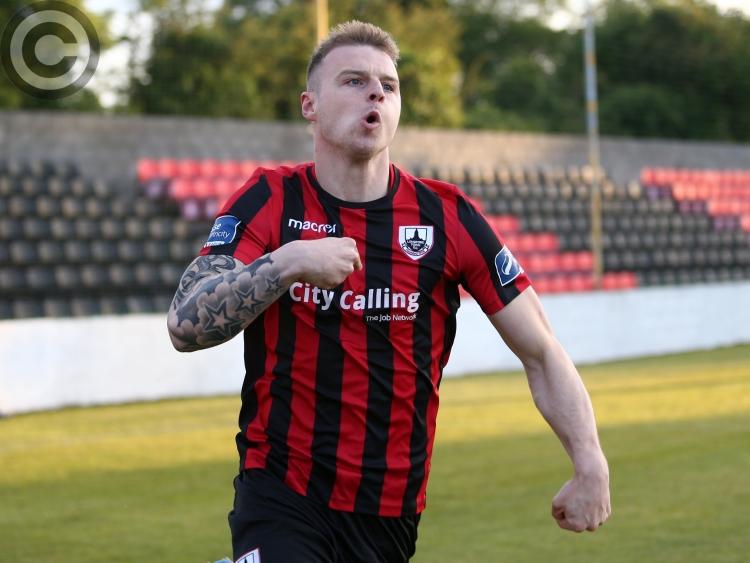 Longford Town play their last game before the mid-season break this Friday when they travel to the Carlisle Grounds to take on a somewhat misfiring Bray Wanderers side, kick-off 7.45pm.

Before the season commenced Bray were fancied to do well in this year's League campaign but recent results have seen them drop to sixth place on  25 points and that's nine behind league leaders Shelbourne.

In recent seasons Bray were in trouble both on and off the field with managers leaving and players going without wages but with a new management at the club and sound financial backers the club are on the up and that is great for football in general and the long suffering First Division.

Local businessman Niall O'Driscoll has taken over the club and has changed everything at the Bray club. The first appointment he made at the club was bringing former Longford Town favourite Gary Cronin in as manager.

Gary was a really popular figure at City Calling Stadium both as a player and also in the management end.

Gary isn't the only connection with the Town as our leading scorer from last season Dylan McGlade is now playing for Bray and another former player Philip Gannon is also playing with Gary's team.

When you look at the Bray side you can see it is full of top class players. Keeper Gabriel Sava who has been with Dundalk for many seasons is undoubtedly a top class keeper who was a great back up for Gary Rogers. The defence includes former Shamrock Rovers player Sean Heaney, former Galway United player Killian Cantwell and former Waterford player Dylan Barnett while Hugh Douglas is an exciting player who has given many seasons to the Wicklow club. He is very dangerous from free-kick situations and only recently scored twice.

Former Doncaster Rovers and Waterford player Paul Keegan plays in midfield for Bray and there is no doubt that he is one of the best players in the League of Ireland and it was a massive boost for Gary Cronin to sign him.

Dean O'Halloran is another former Waterford player who also plays in midfield and the former Fulham player is a great partner for Keegan and Philip Gannon. Derek Daly, another former Waterford player, is also a very useful midfielder and they also have former Shamrock Rovers and Drogheda United player Richie Purdy also fighting for a place in the starting eleven. Former Cabinteely player Joe Doyle is the main striker and it's interesting to note that he was replaced on the hour mark against Shels on Saturday last.

Bray's one nil home defeat to leaders Shelbourne on came from an excellent free kick from Karl Moore in the 14th minute and the result shows what this Shelbourne team are about as they grind out one nil victories.

Bray may be nine points behind Shels but two or three wins would bring them back up to the top three. They are currently just three points behind Cabinteely and Limerick who are both tied on 28 points and in the third play-off spot.

At this stage any of the top six teams can still win the league but the fact that out of sixteen games played to date Bray have already lost seven and that means that they really cannot afford to lose any of the final eleven games.

The current Bray team are capable of making up the points to get up to the top of the table but it's going to be a very tough battle for Gary Cronin and his team. When the teams met at City Calling Stadium back in mid April the Town won the game 2-0.  In a game that was totally dominated by the Town, goals from Mick McDonnell and Peter Hopkins in the first half cemented the Town's place on top of the table at that stage of the season.

The Town opened the scoring in the eighth minute when centre half Mick McDonnell headed Anto Breslin's cross past Gabriel Sava. After this early score the Town were in complete control and Bray keeper Sava was in inspired form.

The Town extended their lead in the 34th minute when Aodh Dervin's perfect pass found Peter Hopkins who ran through and side stepped Sava and rolled the ball into the empty net.

Bray had a few chances in the second half but Town keeper Steacy was rarely threatened.

The Town had a very hard earned 1-0 victory over bottom of the table Wexford at City Calling Stadium on Saturday evening last when a late, late goal from substitute Jamie Doyle broke Wexford's resistance and their hearts.

The Town fielded the same starting eleven that started the Galway game the previous Monday at City Calling Stadium and there is no doubt that Wexford manager O'Sullivan had his players up for this game.

Of the two keepers on show the Wexford net minder Chambers was by far the busiest as he thwarted the Town on many occasions.

The Town also hit the bar and the post but it seemed that it was going to be one of those days. Keeper Lee Steacy, who has had many clean sheets this season, made an outstanding save in the second half and that was the main reason that the Town picked up all three points.

During the second half manager Fenn used all three subs with Peter Hopkins, Sean Brennan and Jamie Doyle coming on for Jamie Hollywood, Aaron Dobbs and Aodh Dervin and there is no doubt that these changes made a difference.

Aodh Dervin received a head injury while the other changes were tactical from the manager and thankfully the moves paid off.

This was a real tough one for the Town and hopefully Wexford will give the same effort in games against all the other teams in the Division.

It's hard to believe that Wexford have lost twelve games to date especially when their leading goalscorer Danny Furlong wasn't in the match day squad.

Wexford have some very useful players in their squad and in  Jack Doherty they have a player who wouldn't be out of his depth in the Premier Division.

Chris Kenny, Thomas Croke and Emmet Nugent along with keeper Corey Chambers are all very good players who are capable of turning around Wexford's season. Manager Neale Fenn has a few injury problems at the moment but hopefully the mid-season break will clear up the niggling injuries.

Next Friday's game is a huge one for the Town and we need to get at least a point from the Carlisle grounds. Table toppers Shelbourne are at home to third placed Drogheda at Tolka Park also on Friday next and something has to give in that game.

With the summer break coming after the matches this weekend, clubs will be looking to strengthen their squad and no doubt Neale Fenn will be hoping to bring in a few players.