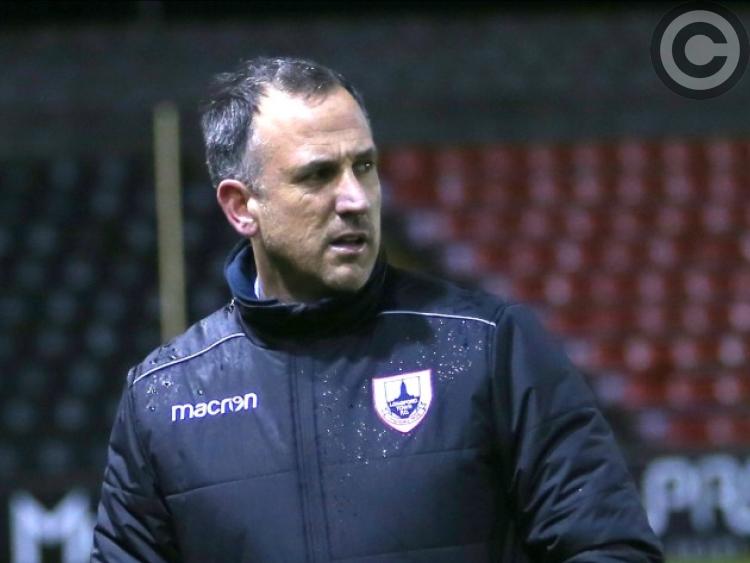 Adam Evans 6th minute goal proved to be the difference as Longford Town advanced to the second round of the EA Sports Cup at a cold, wet and miserable City Calling Stadium on Tuesday night.

Making eleven changes from the team that started in the win over Drogheda in the league on Saturday, It was a pretty dour display from the Town whose poor finishing let them down on a number of occasions.

Longford broke the deadlock in the sixth minute; Shane Elworthy with the pass to Peter Hopkins who in turn found Adam Evans and he drove a low shot past Cockhill Celtic keeper Gavin Cullen.

In the 13th minute Jamie Doyle found the back of the net but his effort was ruled out for offside.

In the 38th minute a ball over the top was played into Laurence Toland but Town keeper Jack Menton was out to gather. And then just before the break the Donegal side won a corner which was cleared to James Bradley but Town defender Mick McDonnell blocked the shot down.

Five minutes into the second half  the Town created a decent chance when Sean Brennan picked out Peter Hopkins who was through but his tame effort was saved by the Cockhill Celtic netminder.

Malachy McDermott had a shot blocked in the 65th minute and then drove his low shot well wide moments later as non-league outfit Cockhill Celtic went in search of the equaliser.

In the 69th minute the Town really should have doubled their advantage but Jamie Doyle’s header from a Peter Hopkins cross lacked real power and went wide.

Cockhill keeper Cullen then saved from both Doyle and Karl Fitzsimons before the visitors had a shot on target in the 82nd minute when Town keeper Jack Menton saved Lee McColgan’s effort.

Longford could have got a second goal near the end when a shot from substitute Dean Byrne was stopped by the opposing keeper.