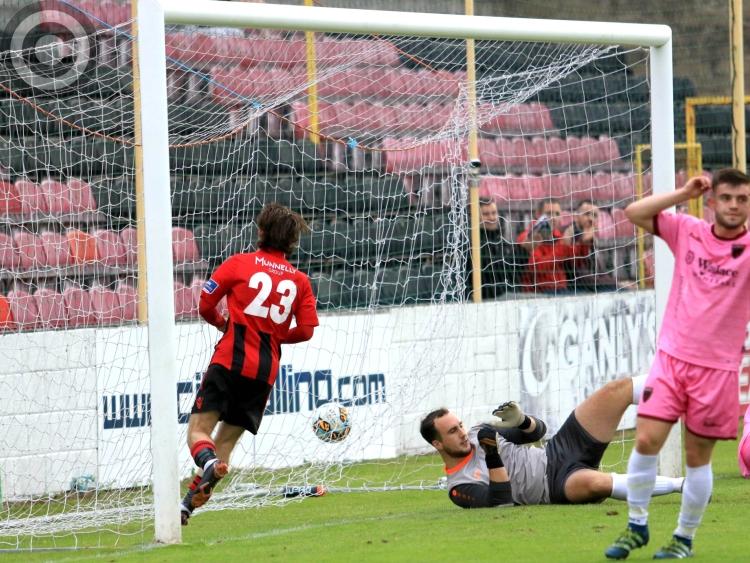 With only six games remaining in this year's First Division league campaign, Longford Town have a chance to leapfrog Shelbourne into 4th place, providing they win at Tolka Park this Friday night, kick-off 7.45pm.

Shelbourne have a very well travelled and experienced squad that includes some household names but they will be missing a couple of key players against Longford Town as Derek Prendergast and Alan Byrne are both suspended.

The First Division clubs are all chasing promotion to the Premier Division and the home stretch is in view. Make no mistake about it the Town are facing six Cup finals in the next two months or so. Since the start of the third phase of games the Town lost two of the games  and the other game last weekend was a victory over managerless Wexford at City Calling Stadium.

Make no mistake about it, this wasn't a game that the Town faithful were in full voice as the team struggled for long periods to get on top.

The game was evenly poised at half-time with the visitors holding out for a scoreless draw.

The Town came out with all guns blazing in the early period of the second half and took the lead immediately on the resumption when that man again Dylan McGlade put the Town in control.

Longford kept the pressure on and increased the lead just before the hour mark and on this occasion the goal came from team captain Daniel O'Reilly who fired a shot past the defence into the net after being set up by Karl Chambers.

Two became three in the 66th minute when Dylan McGlade latched on to a through ball and scored a deserved third goal.

Wexford had a few chances but were unable to find a way through the resolute Town defence. Sam Verdon, who missed the previous league game against Finn Harps due to suspension, came back into the starting eleven for the game against Wexford in City Calling stadium.

Verdon missed the Harps game and there would probably have a different result if he was playing as he is such an influential figure.

Finn Harps are playing well at the moment but Shels are equally impressive but they like the Town have dropped some silly points.

In the previous two league meetings this season the Town have drawn and lost to Owen Heary's side.

The first league fixture was at Tolka Park and this was a real controversial affair. Former Town player Davy O'Sullivan helped himself to a hat-trick while Sam Verdon scored the Town goals in the 3-2 defeat.

Verdon scored in the 14th and 87th minute but was red carded in second half injury time. Dylan McGlade was also sent-off as he saw red in the 81st minute.

The sides also met in the Leinster Senior Cup quarter-final on Monday night week at City Calling Stadium and the visitors got away with a 2-1 victory with the Town's goal coming from new signing Dean Dillon.

The Town have to take each game as it comes up and the focus is firmly on the crucial clash against Shels and the need to get a result.