Longford Town on a real high for clash away to Cabinteely 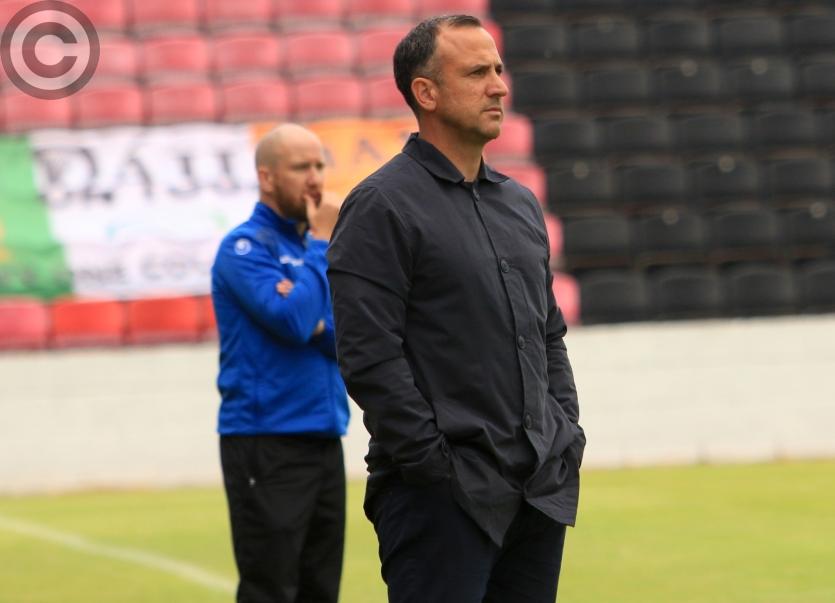 Longford Town play their third league fixture in the space of a week in the clash against Cabinteely at the Stradbrook grounds this Friday night, kick-off 7.45pm, and the players are on a real high following the fine wins at home to Galway United and away to Finn Harps.

A couple of weeks ago Cabinteely played the First Division leaders UCD at Stradbrook and won 2-0, a surprise result that was a big boost for the other promotion contenders, and Neale Fenn’s side are well warned in their quest to extend their impressive unbeaten run to seven games.

The Town played Cabinteely earlier in the season at City Calling Stadium and won 3-0 but the scoreline does not tell the whole story. The home side took the lead in the 9th minute and it was an og from opposing defender Kieran Butler who deflected an excellent cross from Shane Elworthy into the net.

It was not all plain sailing as both sides had their chances. Sam Verdon had a few decent chances but failed to find the net while Kevin Knight and former Town player Kaleem Simon both went close for Cabinteely, the latter denied by a fantastic save from Michael Kelly.

With time almost up the Town got two late goals to clinch the win and both were scored by substitutes. In the 88th minute Peter Hopkins fired home an excellent effort and in stoppage time Dean Byrne weaved his way through the Cabinteely defence on his way to slotting the ball past opposing keeper Finn McGowan.

Last season the clubs clashed on four occasions in the First Division with the Town winning two, drawing one and losing one.

Longford lost the opening game of the season at City Calling Stadium with goals from Jack Watson and Kieran Marty Waters giving Cabinteely a surprise victory.

The second meeting the sides at Stradbrook ended in a drab scoreless draw.

The third meeting was at City Calling Stadium and the Town left it late to score the winning goal through defender Daniel O’Reilly in the 85th minute.

The final game of the season between the clubs was at Stradbrook and it ended in a 2-0 victory for the Town. Sam Verdon gave Longford the lead after 39 minutes and David O’Sullivan made sure of all three points when he scored the second goal in the 83rd minute.

Make no mistake about it, the current Cabinteely side will be difficult to beat at Stradbrook and have a young exciting team with the exception of Kieran Marty Waters who is one of  the best players in the First Division.

Waters has many years of Premier Division experience, playing with Bray Wanderers and Shamrock Rovers, and the Cabinteely management team have vast experience - led by Pat Devlin and assisted by Eddie Gormley and Graham O’Hanlon who all managed at Bray.

Stephen McGuinness is a top class keeper and in Kevin Knight they have a top class defender. Jack Watson has developed a habit of scoring some really good goals as does the dangerman Marty Waters.

Christian Lotefa and a couple of  former Town players, Kaleem Simon and Andy O’Reilly, should also feature for Cabinteely while current Longford players Michael Kelly and Evan Galvin will be facing their former club.