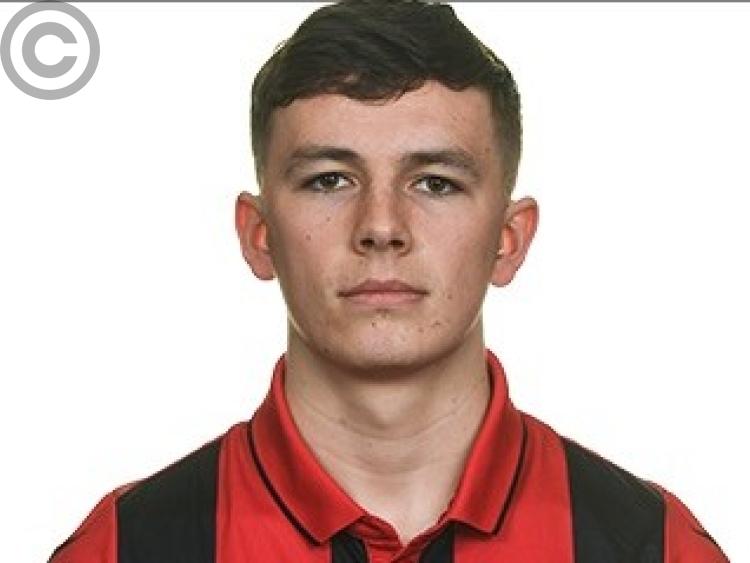 Jackson Ryan, who scored both goals for Longford Town in the 2-1 win over UCD in the Leinster Senior Cup.

Jackson Ryan was the star of the show as Longford Town came from behind to beat UCD in the Leinster Senior Cup fourth round clash at the Belfield Bowl on Tuesday night, watched by a sparse attendance of less than 100 spectators.

Reserve Ryan got his chance as manager Neale Fenn made a number of changes as did UCD with lethal striker Georgie Kelly their most notable absentee.

Longford Town were minus  the services of Aodh Dervin who is out for at least a month after sustaining a nasty injury in the league defeat against Finn Harps the previous Saturday night. Central defenders Daniel O’Reilly and Michael McDonnell were rested, with both on the bench, and they were replaced by Adam O’Connor and Daniel Ridge.

UCD opened the scoring in the 20th minute when Ben Hanrahan got through the Town defence to blast the ball past opposing keeper Jack Brady.

Trailing 1-0 at the break, Longford made a strong start to the second half and equalised with just three minutes gone on the changeover. Tristan Noack-Hofmann’s header from a corner caused problems as UCD keeper Conor Kearns parried the ball into the path of  Jackson Ryan who was in the right place as the ball deflected off his leg and into the net.

And the winning goal materialised in the 80th minute when Jamie Hollywood played the perfect pass into Jackson Ryan who weaved his way past the UCD keeper before slotting the ball into the empty net.

UCD had one last chance to snatch a draw in the closing moments of the match when substitute Jason McClelland struck a shot against the crossbar.