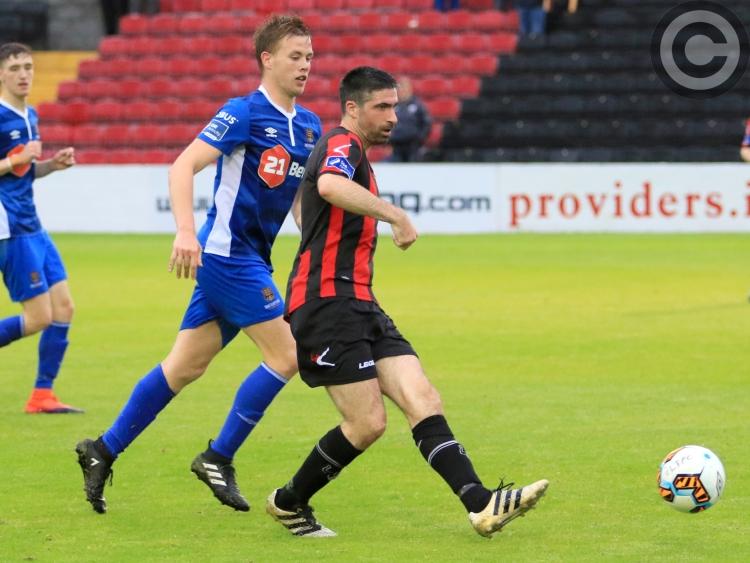 A very fortunate goal from debutant Paul Keegan clinched a vital win for Waterford FC in their push for promotion to the Premier Division and inflicted a first defeat for new Longford Town manager Neale Fenn at City Calling Stadium on Saturday night.

Town keeper Paul Skinner will have nightmares about Keegan’s goal in the 57th minute. Skinner came out to clear the danger but hit the ball straight at Keegan and it ended up in the net. It was tough on Skinner who played well throughout the game and pulled off a string of fine saves to deny Waterford.

Neale Fenn was disappointed with the concession of the goal. “Before the goal we were playing well and we were putting them on the backfoot. When the goal happens they sit back. We had loads of the ball but just could not finish any of the chances we created.”