Longford Town away to Athlone in the league this Friday night 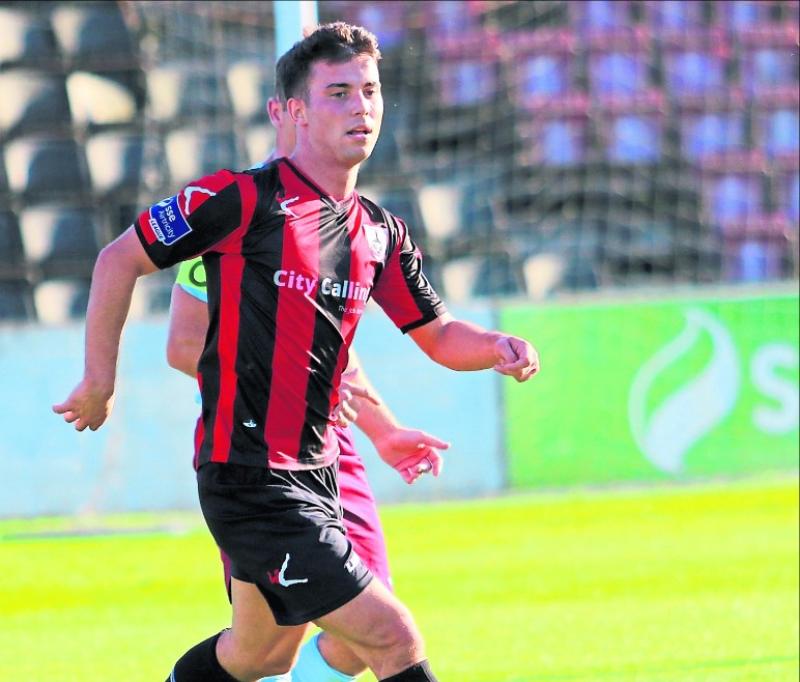 All roads lead to Athlone this Friday night (kick-off 7.45pm) when Longford Town travel to play the locals in what could turn out to be a very exciting clash.

This will be the fourth meeting between the clubs this season, two games in the league and also in the EA Sports Cup.  Since we have played Athlone in the League at City Calling Stadium back at the end of April, they have got rid of a few of the backroom staff and have re-appointed former manager Roddy Collins to take charge again.

During his last stint with the club he got his side promoted having come from behind to pip Longford who were favourites to make the breakthrough to the Premier Division.

Since taking over Athlone, Roddy has worked with the squad he inherited, as the only players available at the moment are out of contract players, but we expect him to bring in new faces when the July transfer window opens.

Last weekend Athlone played Wexford away and came away with a creditable 2-2 draw with their goals coming from defender Cormac Raftery. This current Athlone Town squad definitely aren't as bad as their position would suggest and Gary Cronin would want to be wary of them. Looking at recent Athlone Town teams there aren't as many foreign players as previously. Last The team against Wexford included the two Latvian players Igor Labuts and Kirils Grigorovs while Romanian midfielder Dragos Sfrijan was also in the starting line out. Striker  Walter Invernizzi is undoubtedly a very talented player who has had many professional clubs on his CV and his goal against us in the EA Sports Cup game in Lissywollen really showed that he is an excellent player.

Former Mountmellick midfielder  Colm Coss, who has come from the counties league, has impressed this season in midfield for Athlone and he is a very strong lad who looks like a player who could go further. Niall Scullion who is the club captain has returned to the club and has been very impressive in defence while David Brooks and Conor Raftery are also looking very impressive as the season progresses.

The opening game between the teams this season at Lissywollen was a very entertaining one with our lads coming out on top on a 3-0 scoreline. This game was a personal triumph for Town striker Davy O'Sullivan who scored a hat-trick.

The second meeting between the clubs was also in Athlone but this time it was in the EA Sports Cup with Longford coming from behind to win 4-3. The next meeting between the clubs was at City Calling Stadium at the end of April. This was another hat-trick game and on this occasion it wasn't Davy O'Sullivan who scored it – in fact it was his replacement Enda Curran. The game was only 10 minutes old when the Town lost  Davy O'Sullivan to a hip injury and he was replaced by Enda Curran who was on the bench. This was a workmanlike performance from the Town and O'Sullivan has unfortunately been out since that game.  Indeed, since that last game against Athlone both clubs have lost their managers and Athlone have Roddy back at the helm and the Town have Gary Cronin in as caretaker manager.

Athlone are still trying to get a few wins under their belts but no doubt Roddy will have them buzzing in the not too distant future. The Town have now picked up seven points from their last three league games, victories at home against Wexford (5 nil) and last Saturday’s impressive 2-1 victory over second in the table Cobh Ramblers.

On Saturday night the Town had to do without the services of Daniel O'Reilly who was serving a one match suspension due to an accumulation of points but Gary Cronin was lucky to have centre half Noel Haverty fit enough to take his place in the centre and we saw what we were missing for months as he gave a tremendous performance alongside Stephen Walsh.

The big plus for Cronin was the fact that he had Enda Curran, Don Cowan and Cody Mulhall back on the bench with both Enda and Don coming on in the second half. To have two thirds of your regular strike force is a big plus for the Town and add to that the impressive performance from Karl Chambers who scored an excellent goal just before half-time.

The Town will be looking to extend their unbeaten run against Athlone and are looking good to collect all three league points.