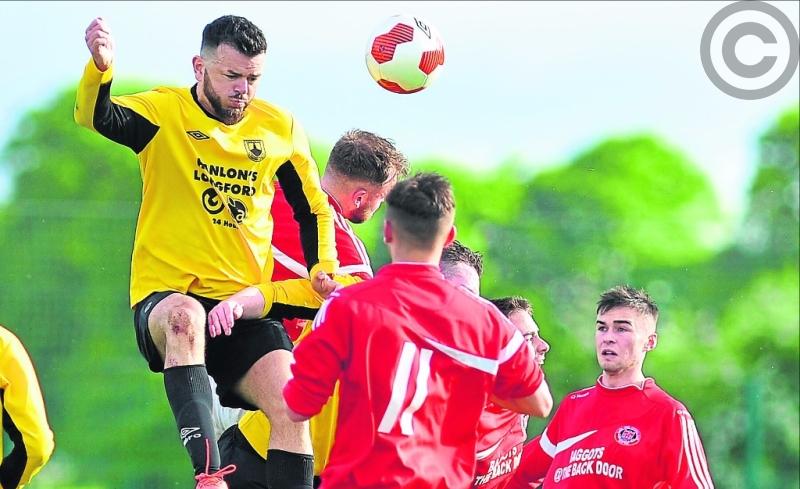 Despite playing the majority of the final with ten men, Clara Town still succeeded in winning the Counties Cup as they got the better of Longford side Camlin United in what can only be described as a fantastic game of football at the Mullingar Athletic grounds on Saturday evening last.

The first real moment of note came after 16 minutes when a delightful ball by Eddie Nevin played in Ruairi Clarke who was taken down by Clara goalkeeper JP Slammon outside the box. The referee Paul Tone, who was replaced by Declan Foran early on through injury, decided the foul to be worthy of a straight red card.

Although down to ten men, Clara Town took the lead twice but Camlin United got back on level terms with goals from Andrew Kelly (a brilliant finish) and Ruairi Clarke after Eddie Nevin had a penalty saved in the 50th minute.

The Offaly outfit turned to super sub JJ Colsh for inspiration and he duly delivered scoring two goals in the 71st and 79th minutes to clinch the Counties Cup for Clara.

Full match report and pictures in this week’s Longford Leader, on sale on Wednesday