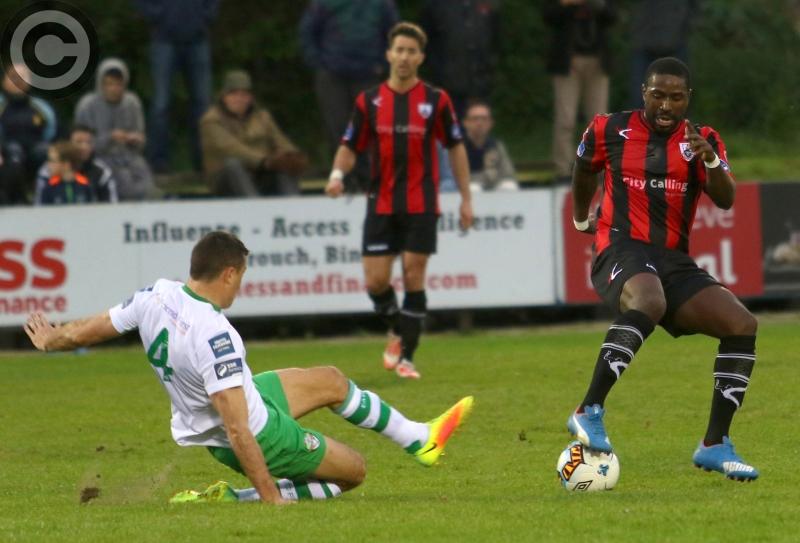 Longford Town face undoubtedly one of the top footballing sides in the First Division when they entertain UCD at City Calling Stadium this Saturday evening, kick-off 7.30pm.

Over the years UCD were a very hard team to beat and this season is nothing different and they are one of the teams who are really in the running for promotion to the new look Premier Division next season which has been cut down to only ten teams, a decision that has many clubs really annoyed as the clubs really had no say in the decision.

As the First Division table stands at the moment, UCD sit in second place just a point behind the leaders and favourites for the title Waterford FC who are on 22 points from 11 games. The Town are fifth on 13 points and just ahead of our near neighbours Athlone on goal difference.

As stated earlier UCD teams have always been so hard to beat and this year is no exception as they have moulded a very workmanlike team together with no big names in their lineup. In recent times UCD were bringing in experienced players to bolster their squad and while  the current team may be short on experience they are capable of playing very exciting football and know how to grind out results.

Of their eleven games played to date the students have won six games, drawn three and only lost two which shows that they are genuine title contenders. Looking at the current UCD squad you can see that most of the players are very young after coming through from underage football and it looks like that they have no fear of losing with their brand of attacking football.

Last season UCD had a fine striker in Ryan Swan who like his father before him who had an eye for goal. Older supporters would remember his father Derek, but Ryan has decided to give full time football a go in England.

From last year's team UCD have also  lost the experienced Jason Byrne and Kieran Marty Waters who have  moved on with Pat Devlin to join Cabinteely.. UCD have only conceded eight goals to date  and the main reason for that is the excellent form of keeper Niall Corbet who is having an outstanding season.

The defence are a no nonsense outfit who are so solid and one of the mainstays in the middle is Evan Osam who is the son of the highly talented Paul who starred for many years in the League with St Patrick’s Athletic.

The defence is no one man show as they have Maxim Kouogun who is a very underrated player but who will definitely go further in the game like his defensive partner Evan. Gary O'Neill is the club’s most experienced midfielder having been at the club for some years now.

When the teams met at the end of March at Belfield the home side were 2-0 winners and the UCD goal scorers at Belfield were Jason McClelland and George Kelly. Last weekend UCD beat basement club Wexford at Belfield on a 2-0 scoreline and the goals also came from Kelly in the 64th minute and McClelland in the 74th minute.

The Town travelled to Dublin on Saturday last to play Pat Devlin's Cabinteely who are one of the most improved teams in the league who included both Kieran Marty Waters and Jason Byrne in their starting team. The game ended in a scoreless draw and It suffices to say that we once again failed badly in front of goal and should have taken the three points.

To date the Town have won three, lost four  and have drawn four games which definitely isn't League winning form. Davy O'Sullivan was out again through injury but unfortunately his replacement Enda Curran couldn't be as deadly as he was against Athlone Town a couple of weeks ago.

O'Sullivan is a big loss but in recent games Curran has been impressing with the hat-trick against Athlone. Don Cowan, by all accounts, is back to his best and he ran the Cabinteely defence  ragged but couldn't put the ball in the net.

The Town badly needed a win at home to UCD on Saturday to boost their hopes of getting back into contention for promotion and the club and the team need to get all the support possible. Everyone knows we are capable of getting three points but it's up to the squad to go out and take control of the game from the kick-off.