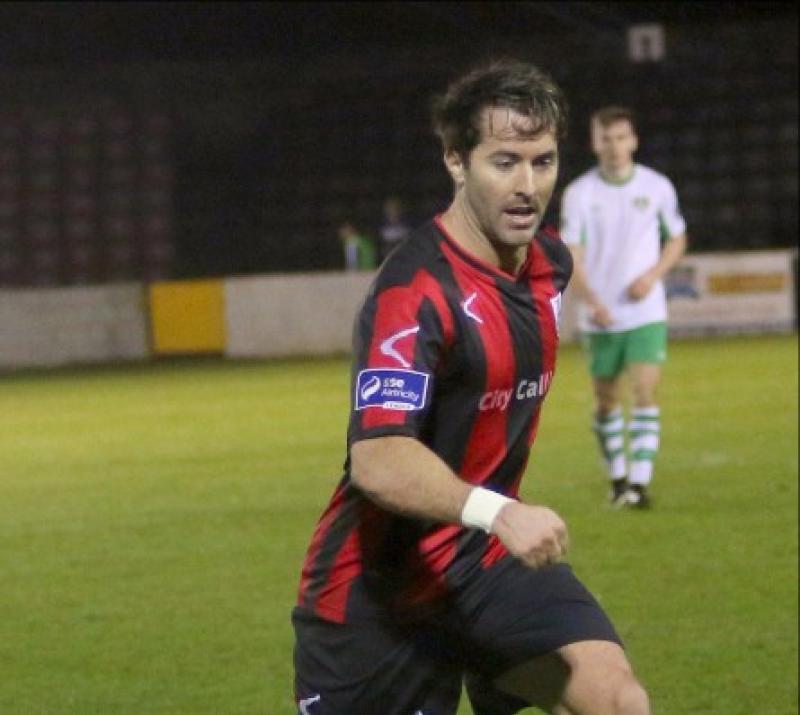 It was a game that Rovers dominated but found it difficult to put away the chances they created. Longford, on the other hand, were limited in front of goal and created very little in the hope of springing a shock.

Just four minutes had elapsed when the Town keeper Jack Brady had to make a save from Dean Dillon as the home side started brightly.

Defender David Webster’s header then just went wide following a Brandon Miele corner in the 5th minute while Dillon should have done better in the 13th minute when he blasted over the bar after receiving the ball from Sam Boyd.

Shamrock Rovers were very much the superior side in the opening half hour and Longford had to wait until the 32nd minute to create a chance of note. Stephen Walsh did very well to cut inside and he played the ball wide to Gavin Boyne but he hit his effort over the bar.

In the 36th minute Boyne had another chance but his weak header was easily caught by Rovers keeper Kevin Horgan.

Rovers ended the first half strongly with two more efforts on goal. In the 42nd minute Shane Hanney really should have done better with his shot and then just before the break Boyd had a chance saved by the Town netminder Brady.

The visitors enjoyed a bit more possession in the second half with Kealan Dillon and Stephen Walsh causing a few problems but there was no end product as they lacked any real goal threat up front.

Rovers continued to create chances but to no avail and brought on Darren Meenan and Roberto Lopes in a bid to book their place in the semi-finals of the EA Sports Cup along with Cork City, Dundalk and Galway United.

The only goal finally materialised with six minutes of normal time remaining when a mistake led to Shamrock Rovers breaking the deadlock. The Town lost possession in the Rovers half of the pitch and in the resulting counter-attack Brandon Miele played the ball into Dean Dillon who made no mistake in finding the net to settle the issue.