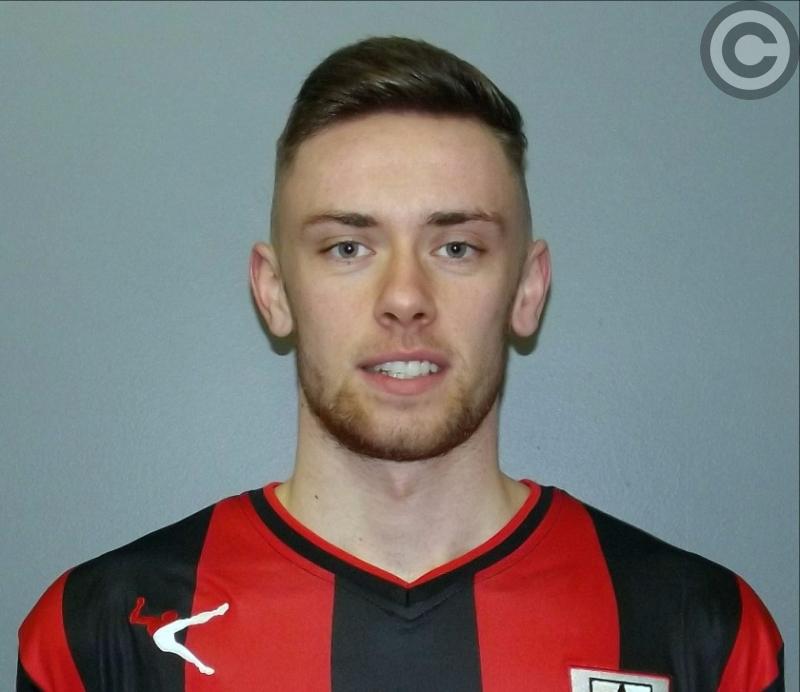 Gavin Boyne, who scored the first goal for Longford Town in the win over Shelbourne in the EA Sports Cup second round game at Tolka Park on Easter Monday. Photo: James Donnelly

Goals in each half from Gavin Boyne and Dylan McGlade saw Longford Town book their place in the EA Sports Cup quarter-finals with victory over Shelbourne at Tolka Park on Easter Monday.

It was a double win for the Town over the Dublin side after defeating them in the First Division game  on Saturday night and manager Alan Mathews made several changes from the team that overcame Shels in the league clash at City Calling Stadium.

Gavin Boyne broke the deadlock in the 39th minute when he headed home Karl Chambers cross and  Dylan McGlade scored a second goal for Longford in the 75th minute to put the issue beyond all doubt. After overhitting a corner the ball broke back nicely to McGlade who cut inside before drilling a low shot to the back of the net.

It was a great win for Alan Mathews side in reaching the last eight in the EA Sports Cup and they will be hoping to extend their unbeaten run when they travel to take on Cobh Ramblers in the league game at St Colman’s Park on Saturday evening next.