Longford Town stretch lead at the top of the table 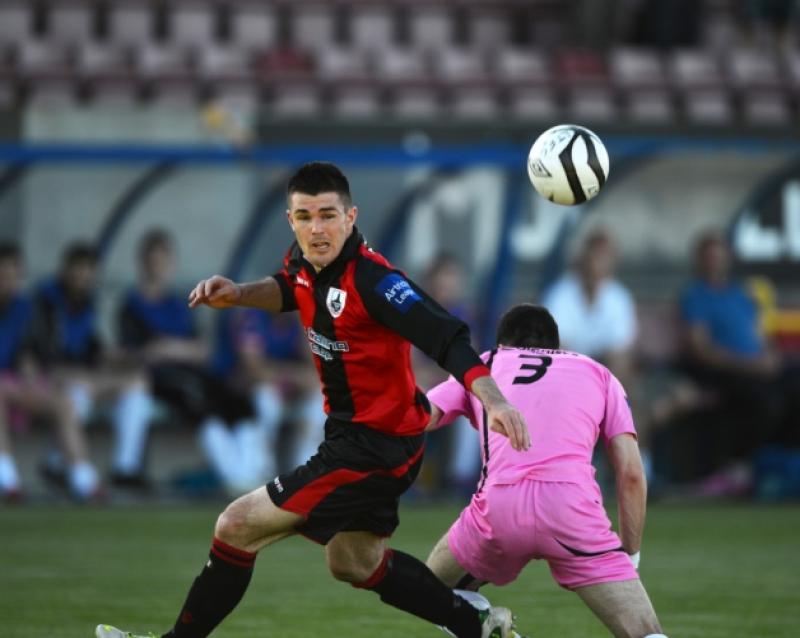 Longford Town stretched their lead at the top of the First Division table to nine points with a comfortable win over Wexford Youths at City Calling Stadium on Saturday evening last.

Longford Town stretched their lead at the top of the First Division table to nine points with a comfortable win over Wexford Youths at City Calling Stadium on Saturday evening last.

The game was all over as a contest at half-time with the Town 3-0 in front but it was a lacklustre second half performance by the home side with Wexford making a bigger impact.

Just seven minutes had elapsed when Longford broke the deadlock; Keith Quinn’s corner was headed clear by a Wexford defender but only to Willie Tyrrell who volleyed home from the edge of the box for his first goal for the club.

The Town (minus the services of suspended duo Willo McDonagh and Keith Gillespie) doubled their advantage in the 11th minute when David O’Sullivan superbly lobbed the ball over the advancing Wexford keeper Graham Doyle.

Gavin Doyle and Daniel Purdy also had chances after that as Longford were completely on top and it was no surprise when they got their third goal of the game with O’Sullivan on target again with a sweet strike after being played in by Mark Salmon.

After being outplayed Wexford had a good chance in the 36th minute but Town keeper Chris Bennion dived to his right to save Joey Mulcahy’s well struck free-kick.

Wexford started the second half brightly and in the 60th minute Bennion was called into action again when he excellently saved Aidan Keenan’s header.

Longford Town then had a claim for a penalty when Gary Delaney clearly pulled back O’Sullivan when through on goal but referee Kevin O’Regan waved play on.

Wexford continued to press and in the 69th minute Mulcahy beat Bennion with an excellent free-kick after Nolan was fouled. The game then got scrappy and chances for either side were scarce. Longford were flagged a few times for being offside while Wexford just couldn’t create anything.

And so another valuable win for Longford Town and they will want to keep the big gap at the top as they enter into the mid-season break by getting a positive result on Friday evening away to Athlone.