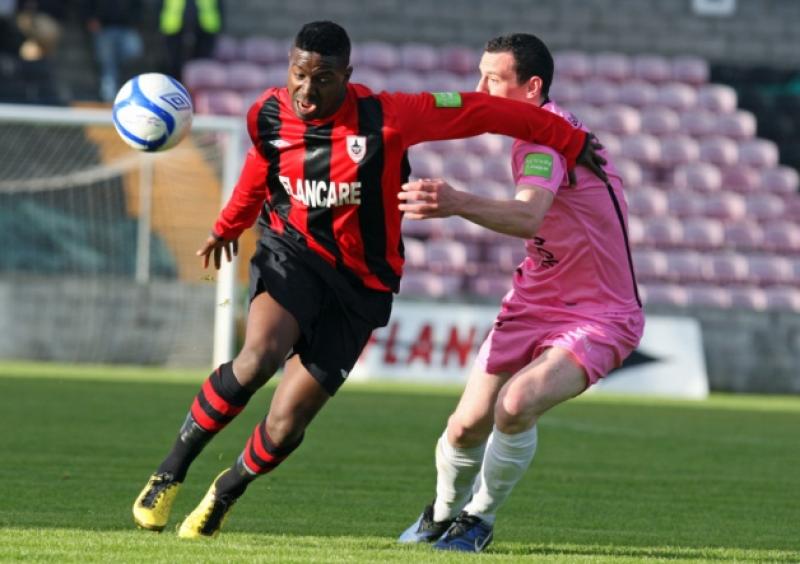 With the 2014 Airtricity League season drawing near, Longford Town FC are assembling a squad well equipped to mount a promotion charge.

With the 2014 Airtricity League season drawing near, Longford Town FC are assembling a squad well equipped to mount a promotion charge.

The team has been absent from the Premier League since relegation in 2007, but came agonisingly close last season, losing 5-4 on aggregate to Bray Wanderers in a two-legged promotion/relegation play-off after finishing in second place in the First Division.

Many supporters believe the club should not have been in that position, though, as Longford Town had held a comfortable lead at the top of the table and looked set for automatic promotion when a mid-season slump in form allowed fierce Midland rivals Athlone Town to steal in and claim the title with a five-point margin.

It was the second year in a row that Longford Town had thrown away a golden opportunity,and manager Tony Cousins is adamant it will be third time lucky.

American-born forward Cowan previously lined out for Longford Town in 2010-2011, when his performances earned him a move to English League One side Stevenage.

Sullivan, an experienced full-back, is another familiar face, having played for the club in 2007 before going on to enjoy success at Shamrock Rovers.

Town fans will also know midfielder Kevin O’Connor, who joins the club from Bray Wanderers, having scored the crucial goal which consigned Longford to another year in the First Division.

Joining him in the engine room is Stephen Rice, who could be the most important signing any League of Ireland club makes in 2014. Like Sullivan, Rice joins from Shamrock Rovers, where he was a central figure.

Just as important as these signings is the retention of star striker David O’Sullivan, who has signed on for another year. As the league’s top scorer last season, Cousins will be hoping the forward can repeat his fine run of form and build formidable relationship with Cowan.

Among the players departing the club are Des Hope and Daniel Purdy, while there are question marks over Dean Ebbe’s future. Meanwhile, young striker Josh O’Hanlon could be snapped up by an English Championship side in the coming weeks.