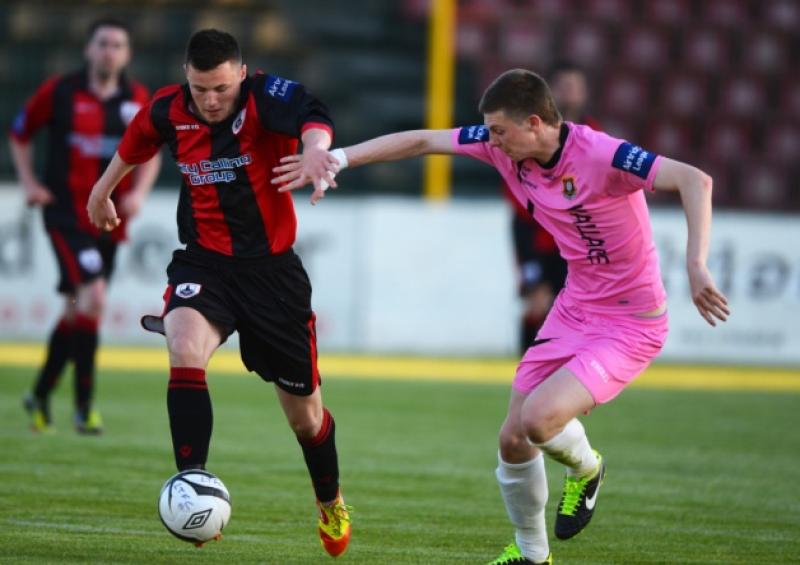 Longford Town dropped two more vital league points in the battle for the First Division title and automatic promotion as they were held to a scoreless draw by Wexford Youths at Ferrycarrig Park on Friday night last.

Longford Town dropped two more vital league points in the battle for the First Division title and automatic promotion as they were held to a scoreless draw by Wexford Youths at Ferrycarrig Park on Friday night last.

With Athlone Town defeating Finn Harps, Roddy Collins charges now lead the table by two points. The nine point lead that Longford Town held back in early June now seems a distant memory and if they don’t get a good run going again their hopes of promotion could well be dashed.

This is a game that Longford should have won but also could have lost against a spirited Wexford side who were on a bad run of form going into this game. Longford keeper Chris Bennion safe handling and speed off his line proved to be a crucial factor as his side keep a cleansheet, only their fourth one this season.

Longford started well and Wexford keeper Graham Doyle had to be alert to divert a piledriver over his crossbar in the first minute. But the home side struck back almost immediately with Bennion having to get down quickly to prevent a low long range drive from Shane Nolan squeezing past him.

As the first half progressed Longford showed flashes of the early season form that had seen them become favourites to win the league title but their inability to convert their chances into goals cost them yet again.

Profilic goalscorer David O’Sullivan screwed a glorious chance past the advancing Doyle that went past the post in the 17th minute and a series of left wing corners in the second half came to nothing.

In fact when Longford needed a goal manager Tony Cousins decided to bring on midfielder Gavin Doyle up front with striker Gary Shaw on the bench. Another selection decision that baffled supporters and it has become a regular thing of late.

It was Wexford who came close to winning the game right at the end. First Eric Molloy was denied by a fantastic last ditch tackle by Longford defender Willie Tyrrell and before the final whistle Chris Bennion made a brave save at the feet of Joey Mulcahy.

The midlands derby against the league leaders Athlone at City Calling Stadium on Saturday evening next is the most important one ever.