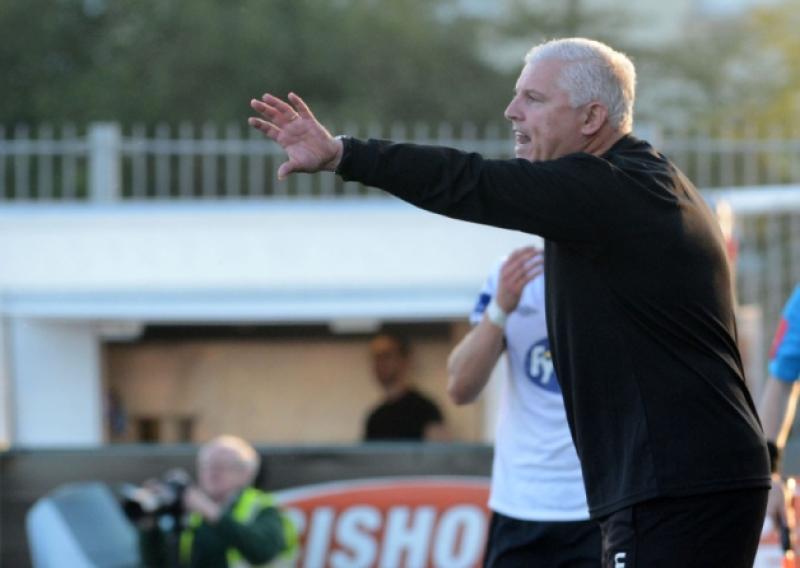 While few in Cockhill would begrudge Longford Town their quarter final place in the FAI Cup for the first time since 2009, it is fair to say Lady Luck wasn’t on their side on Saturday night.

While few in Cockhill would begrudge Longford Town their quarter final place in the FAI Cup for the first time since 2009, it is fair to say Lady Luck wasn’t on their side on Saturday night.

On paper this game, against a Cockhill side who have lost several key personnel and who were playing their first competitive game in almost three months, should have been a walkover for the League of Ireland Premier Division outfit.

But, in the end, the margins of Tony Cousin’s side’s victory were acute.

The Ulster Senior League champions had done brilliantly to not only contain but ask questions of the visitors up until an own goal from midfielder Jimmy Bradley on 63 minutes.

Longford, whose reward is a home quarter-final against Sheriff YC, had enjoyed a purple patch midway through the first half where striker Gary Shaw was on the end of a couple of clearcut chances.

But the home side rode that storm though and matched the midlanders for long periods until the opening goal when Pat Sullivan’s corner was headed goalward by David O’Sullivan and, although Gavin Cullen parried his effort, Bradley turned into his own net in his attempt to clear.

Rather than let their heads drop, Celtic regrouped quickly and came a whisker away from drawing level when midfielder Brendan McLaughlin’s shot hit the left post on 75 minutes.

Indeed, the home lot had what looked a strong penalty shout when Paul McKinney’s headed effort was blocked by the arm of Conor Powell moments later.

In their brave attempts to get back into the game there was always the chance Cockhill would be caught by a sucker punch though and it came with three minutes left when when Kaleem Simon’s low cross was poked home by Lorcan Shannon.