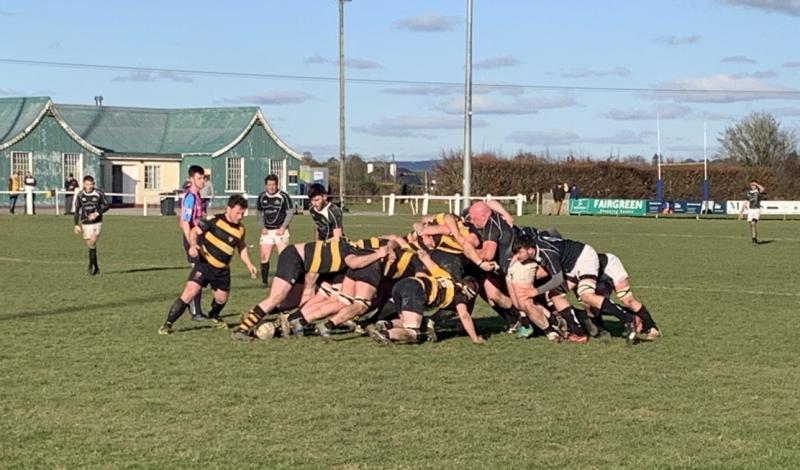 Longford Rugby Football Club is to receive €5,000 funding under this year’s Texaco Support for Sport initiative hosted and organised by Valero Energy (Ireland) Limited, the company that markets fuel in Ireland under the Texaco brand.

Under the scheme – similar to that which proved successful last year when the Longford county award was presented to Aughnacliffe-based UCL Harps FC – a fund of EUR €130,000 is made available by Valero for distribution in equal amounts of €5,000 to a successful applicant in each county.

Based in Demesne on the outskirts of Longford town, Longford Rugby Football Club has been serving the rugby playing community in Longford for many years.

At present, the club caters for 50 senior male and 40 senior female players in addition to some 350 boys/girls ranging in age from Under-6 to Under-18 and from which it fields some 15 teams.

The  €5,000 award made to it under the Texaco Support for Sport initiative will be used to

develop its facilities by raising a third pitch to match standard through the installation of energy efficient LED floodlighting.

Describing it as “a fantastic club”, he praised Longford Rugby Football Club for promoting rugby amongst male and female members and for its work in attracting so many young players into rugby, something, he said, that, “with its new floodlights, heralds an even brighter future for the club”.

Pointing to what he termed “the invaluable contribution” that sports clubs make to the heart of community life in Ireland, James Twohig, Director of Ireland Operations, Valero Energy (Ireland) Limited, congratulated Longford Rugby Football Club saying, “Special to us, and the purpose for which our Texaco Support for Sport initiative was introduced, is the opportunity it presents to ease the financial pressure on members by providing new and additional funding so often required to help clubs achieve their objectives and play a pivotal and positive role in their communities”.

Longford exited the Provincial Towns Cup in the most cruel fashion possible when after leading for most of the game they leaked a last gasp try which saw Carlow snatch a narrow one point victory on Sunday last.

Longford’s last trip to Oak Park, Carlow was not one to remember from the midlanders point of view and this first round clash was one where they could make amends.

However, it looked like another possible long day for Longford, as Carlow put them under early pressure resulting in a relatively easy try and conversion to give the home side a seven point start.

But Longford had different ideas about a repeat result  and started to take the match to Carlow.

Longford’s play featured some great running rugby, no doubt honed on their new 4G pitch and bamboozled the Carlow defence for most of the first half.

Longford’s enterprising play earned them a converted try courtesy of Aaron Beirne in the 12th minute after great build up play from the home team.

Longford nearly undid the good work when they conceded a kickable penalty from a messy kick off receipt.  However, Carlow did not convert it, to leave the score at 7 apiece.

Longford then came right back at Carlow and went the length of the pitch scoring in the corner, courtesy of George McDermott.

The try was initiated by Cormac Hughes who received a Carlow kick in the Longford 22 and then went on a mazy run, crossing the half way before the ball was worked through the hands, carving out the try scoring opportunity.

Longford continued to pile on the pressure and were really on top at this stage and looked good for another try or two.  Then again, just as it looked like another score was inevitable, Longford knocked the ball forward in the process of touching down.

The frustration grew further when as Longford continued to pile on the pressure they were held up on the Carlow line.

Two tries were left abegging and ultimately this would cost Longford at the end of the match, with Longford only holding a five point lead 7-12 for all the pressure and territory they had exerted.

The second half was a much more even affair, where Carlow gradually got the upper hand.  However, Longford registered the first score of the second half courtesy of a Joe McGowan long range penalty, 15 minutes in.

There followed a lot of shadow boxing for ten minutes, when disaster struck from Longford.

A kick over the top was cleanly caught but a poor pass back resulted in Longford conceding a turnover, courtesy of the player being held up resulting in a Carlow scrum 10 minutes out from the Longford line.

Carlow worked the ball right and then left and eventually just squeezed over in the corner for a converted try, to narrow Longford’s lead to only one point.

With a sizeable home support and after surviving Longford’s first half onslaught, Carlow caught their second wind and went at Longford with gusto.

However, one last big effort by the home side looked to have booked a ticket into the second round when they worked their way up the pitch and secured another kickable penalty, which was again converted by the redoubtable Joe McGowan, to give Longford a four point lead, 14-18 at the end of normal time.

Longford gathered the kick-off and looked to wind down the clock with some pick and goes and close in carries.  Hindsight is 20 20 vision but the better option was probably to have put boot to ball and force Carlow to play from deep.

Eventually a Longford player got isolated, giving Carlow a penalty 25 metres out.

Knowing that they needed a try they kicked for the corner.  A herculean effort stopped the Carlow driving maul, they then worked the ball to the right but the Longford defence held firm.

In spite of this the referee adjudged Longford had committed an offence on the right awarding Carlow another penalty that they again kicked to the corner and again Longford held out their maul.

However, Carlow  worked the ball left, eventually going over for the match winning try in the left hand corner with the last play of the game to break Longford hearts.

This was a pulsating cup match between two good sides but one Longford should have definitely won.  The away side left everything out there but will rue not converting two further try chances in the first half and now will have to console themselves with a place in the Provincial Towns Cup Plate which will take place on Sunday March 27th.