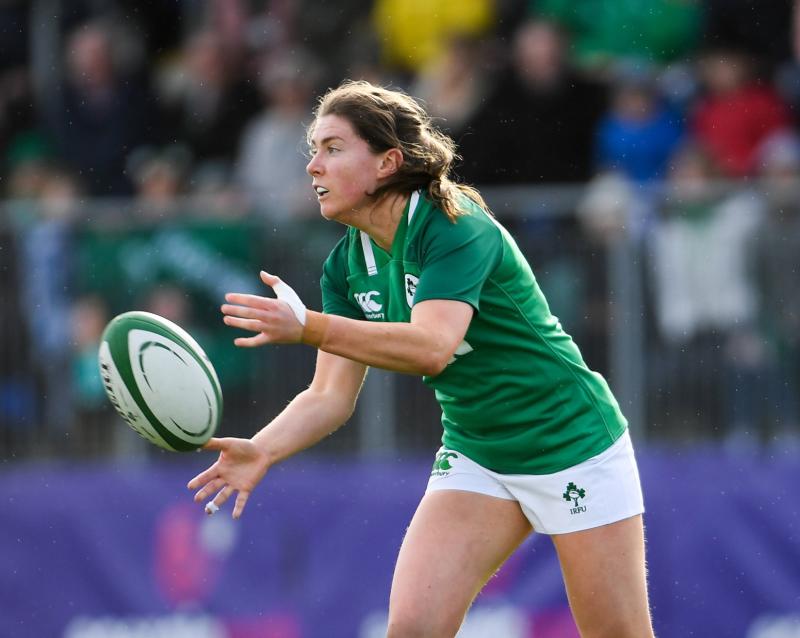 Ellen Murphy from Dromard in north Longford is included in the Ireland women’s rugby squad to face Wales in the revised Six Nations Championship.

After receiving a bye in Pool B, Ireland face Wales at Cardiff Arms Park this Saturday (kick-off 5pm) with the match live on RTE 2.

25-year-old scrum half Murphy, the former Dromard ladies footballer, is flying the flag for Longford on the senior International stage just like swimmer Darragh Greene and Cian McPhillips in the athletics world.

Ellen, who plays with Blackrock College and Leinster, has been capped seven times for Ireland.

With France hammering Wales 53-0 in the opening round last weekend, Ireland are expected to win in Cardiff.

The following Saturday (April 17), the Irish girls will be facing a far tougher task against the powerful French side in Dublin with the game taking place at Energia Park, Donnybrook.

This year’s Women’s Six Nations tournament has a condensed pool format followed by a finals day on 24 April.