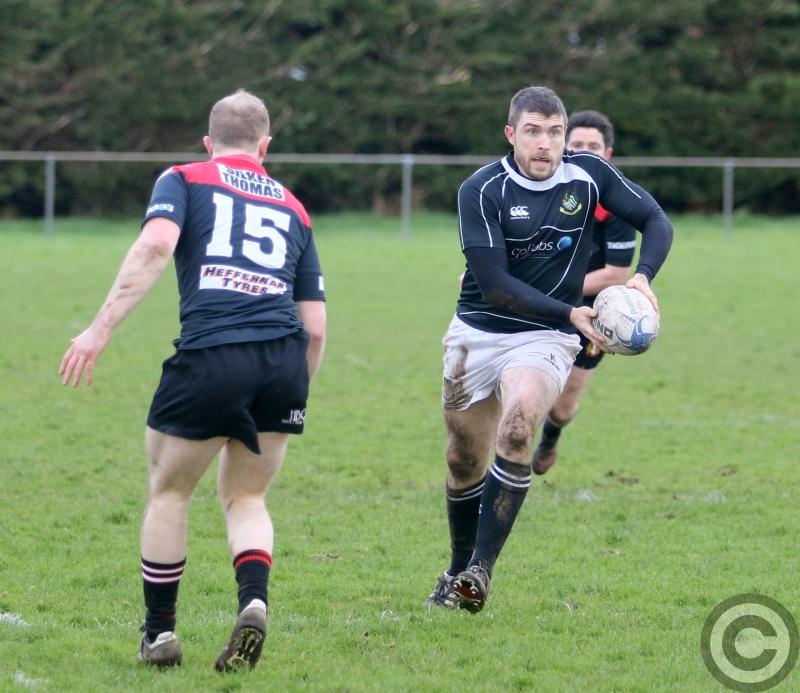 Colm Glynn on the ball for Longford against Cill Dara in the Leinster League Division 2A game at CPL Park on Sunday last. Photo: Syl Healy

A late surge by Cill Dara was not enough to deny Longford victory on their home patch at CPL Park on Sunday last when they produced an outstanding performance worthy of the Leinster League Division 2A champions.

This was a game in which thrilling passing rugby was common fare. Both sides had moments of brilliance but it was the home team's attacking prowess that was particularly distinctive. There was also plenty of no-nonsense defensive work for the purists.

This was a 20 man performance from Longford in achieving promotion to Division 1B next season.

The opening salvo was fired in the third minute. Longford showed ferocious line speed, shunting the visitors back at each phase. An attempted clearance kick from just inside the Cill Dara half was blocked down by Barry Stewart. The ball was collected by flanker Ruadhan McDonnell, who showed a clean pair of heels to a pair of chasing Cill Dara men before putting in a sweet swerve on his journey to the try line.

The conversion by Colm Glynn brought the score to 7-0. That set the tone for the next 75 minutes, although Longford suffered a setback as McDonnell had to retire from the contest but Alan Campbell proved to be a worthy replacement.

In the 15th minute a high tackle on Neal Farrell gave Colm Glynn the opportunity to split the posts again, leaving it 10-0. With 19 minute gone Cill Dara opened their account when Peter O'Neill converted a penalty for a high tackle to make it 10-3. Two minutes later Glynn had a chance to nudge Longford further ahead but his strike hit the upright but the next infringement by Cill Dara was punished by Glynn to leave it 13-3.

After eight minutes of pressure Longford got the next score. A wing trio of Paul Gallogly, Benny McManus and Hubie Connolly showed silky skill before the hooker went over for the try. Glynn's conversion left it 20-3 and that was the half-time score.

Five minutes into the second half and against all reason Derek Farrell burst from a knot of defending players and once behind the line he got an offload to Gallogly who was  just about to be halted when he passed to Cormac Hughes, who passed to Joe McGowan giving the winger one chance, taken with both hands. There was no messing from Glynn who converted from the wing to leave Longford in a commanding 27-3 lead.

Alan Campbell got the fourth try bonus point in the 49th minute, after three sapping minutes of ruck play shy of the Cill Dara five metre line. The flanker sprang a surprise on the visitors with a quick tap and bursted his way over. Again Glynn landed the conversion to make it 34-3.

Shane Rodgers set up the fifth try with a wonderful line break, a searing run down the touch line before a pin point inside pass to Cormac Hughes who was running a super support line for the touchdown. Again Glynn was unerring in his conversion, bringing the score to 41-3.

From the 65th minute on Cill Dara mounted a comeback and got a couple of tries to close the gap to 41-17 and the visitors also managed to register another converted try to give the final scoreline a much more respectable look.