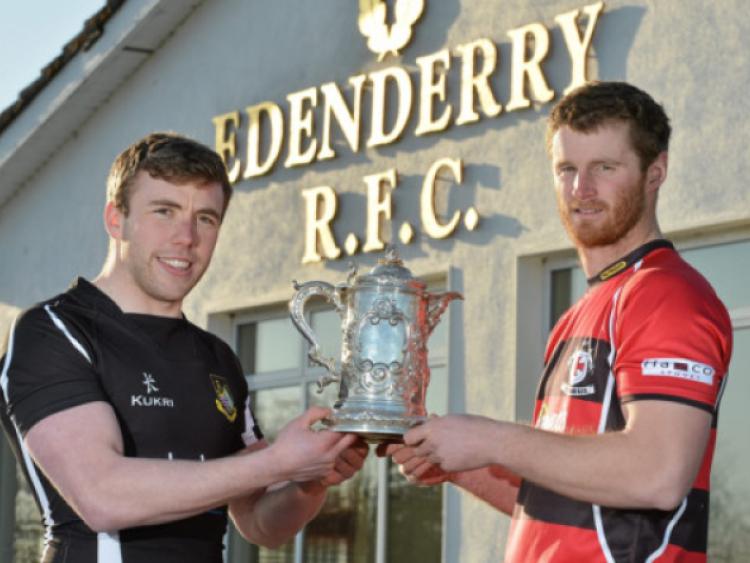 As Longford RFC prepare for the final showdown of the season for the First XV, the players and supporters alike are eagerly anticipating one of the most significant games in the proud history of the club. The path to the Towns Cup Final has been paved with hard graft and dedication and that ethos is embodied in this year’s captain and dynamic flanker Derek Farrell.

Speaking in the build up to next Sunday’s big game Farrell said that there is great excitement in the camp: “Everyone in the club is looking forward to it. There is a great buzz about. A real sense of anticipation. That is the magic of Cup rugby and it is having a great influence on the mood in the club.”

Preparations for the final have been a progression. The three week gap means that they have had to take a measured approach to the encounter against Tullamore. With the game just around the corner the preparations are coming to a conclusion: “The training has been a continuation of what we have been doing all season long. We are enjoying ourselves and that is an important part of the game. Obviously as we approach the final day we are going to have to up the intensity.”

Tragedy struck the team earlier this year when Derek Bannon lost his life in a road traffic accident. The loss of a comrade is always difficult and his untimely passing came just days before a Towns Cup game: “The most difficult game was against Enniscorthy. Banno had been killed in a car accident the week before so it was a particularly emotional match.”

Aside from the emotions involved, knocking out the title holders Enniscorthy was a giant leap for Longford in the competition: “The Roscrea game was very physical, but also travelling to Cill Dara was as tough. They were such strong teams and difficult matches. We have one more big one and we are all conscious of how hard it will be. The team is looking forward to it and it is important that we get a good crowd to turn out and support us in our quest for glory.”

On Sunday the panel of players head off to Edenderry for the most important game since the club was reformed in 1967. Anticipation is almost tangible at the training sessions in the run up to the final: “We have played a lot of games this season, just like Tullamore. At this time of the year it is a question of balancing things. We know we are not going to get fitter or bigger, it is more about having the correct mental preparation.”

As Longford RFC gear up for the most significant game since 1932 the Club owes a debt of gratitude to a number of local businesses and business leaders who have helped out. The support the club has received in the run up to the Towns Cup final has been an instrumental part of this campaign.

The club would like to thank Tony Headon, Mike Magan, Waveware, The Sin Bin Event Centre, Padraig Gallogly, Quinn Auctioneers, Belton Engineering, Jetwash and Turner Print Group. Their support for the 88th Towns Cup Final has assisted the team to focus on their on pitch endeavours.