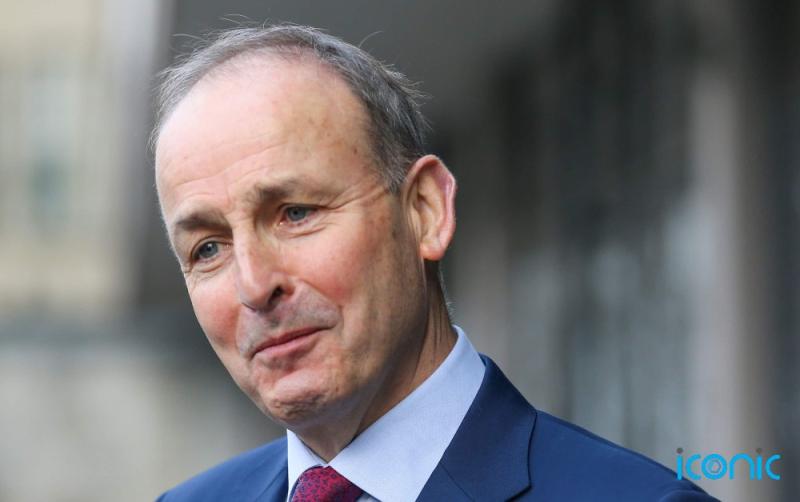 Mr Martin said Ireland needed to be careful not to put out a message that it did not want any private sector investment at all.

The Taoiseach said there would always be a role for private-sector investment in social housing provision but he insisted the primary driver remained the state.

Opposition parties have accused the Government of not doing enough to discourage wealthy investors from bulk-buying homes and leasing properties to local authorities for social homes.

Earlier this year, the Government announced cumulative purchases of ten or more homes within a 12-month period would be subject to 10% stamp duty.

However, a later amendment allowed investors to be exempt from this increased rate if they entered into leasing arrangements with local authorities that resulted in the properties being used for social homes.

Mr Martin said the overwhelming majority of funding going into housing was provided by the state, with the Housing for All strategy committing to four billion euro a year.

“To give an example, of 11,900 social housing next year, 9,000 will be directed either by local authorities or Approved Housing Bodies,” said the Taoiseach.

“Of the remainder some will be acquired, and some will be private investment, or through whatever mechanisms we have.

“So, the private investment is important in terms of housing overall.”

Mr Martin said Ireland needed to be careful not to put out a message that it did not want any private sector investment at all.

“It’s not the key, core part of our housing programme, nor should it be presented as such,” he said.

“So, that’s the balance, we do need a balance. I think there has been an overly simplistic narrative around the housing story. One would imagine that the only thing that was going on was leasing or institutional investment – there’s a lot, lot more going on in our housing market.

“The primary driver at the moment is the state in terms of social housing and in terms of now in 2022 we’re going to see the delivery of cost rental and affordable housing.

“And the big challenge for us in housing will be delivery.

“I’m glad to see we’ve taken steps to stop the bulk-buying of houses and housing estates by institutional investment funds.

“Our main priority is to concentrate the state investment in a way that more people can afford houses and then those who are not in a position to buy a house will be able to get a social house or cost rental.”

The Government has also recently initiated a major review of planning legislation in Ireland.

Attorney General Paul Gallagher is working with housing and legal experts to look at ways to address delays in the system and limit the potential for lengthy legal challenges into major decisions.

“There’s many aspects and component parts to it, we feel there’s a necessity to do a very comprehensive review of our planning code. Similar to the exercise we did (with) the company law some years ago, where we consolidated all company law, but that took years.

“We don’t have years in terms of (planning), so the objective is that this could take about 12 months, the Attorney General has worked with the Minister for Housing and Planning (Darragh O’Brien) in relation to this.”

Mr Martin said the objective would be to simplify and streamline the planning code to ensure a better system was in place to facilitate infrastructure investment for the future.

The Taoiseach also stressed the importance of the recently passed Maritime Planning Bill, which he said would provide a “coherent planning framework” for offshore wind projects and other marine economy developments.