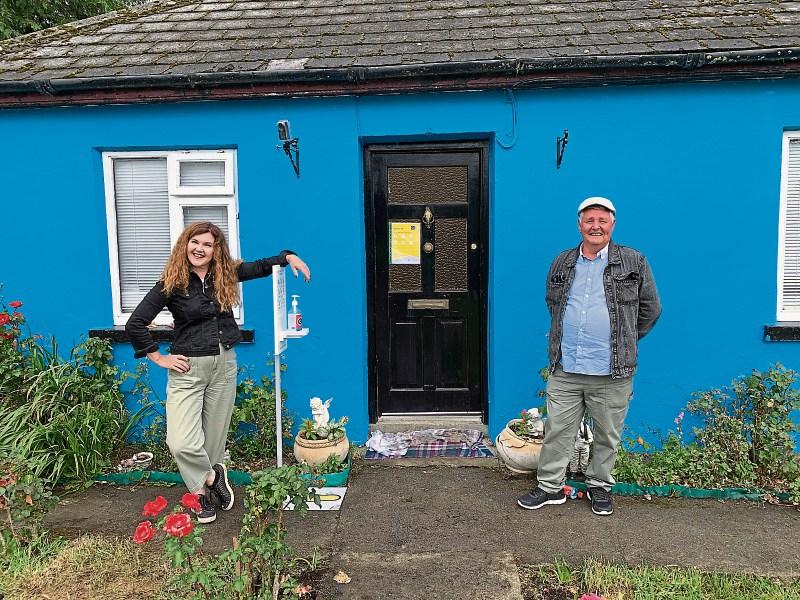 When Crumlin born Martin McKenna decided he needed to claim a space of his own, he found that he had to swap his busy, sociable life in Dublin for a doer-upper over an hour away from his family in Kiltegan, Co Wicklow.

Having completely refurbished the bathroom and kitchen of the cottage single-handedly on a very tight budget, the resourceful Martin was stopped in his tracks by heart problems just a few months after moving in

For six years Martin was left to live among the disarray and clutter of the stalled project, with the use of only two of the rooms of the house. Early last year Martin’s daughter-in-law Louise called him to tell him she had taken a drastic measure — “Louise had applied on my behalf to a television programme called Home Rescue. She said she couldn’t see me living like this for much longer and something had to be done. I was really surprised but I knew that I couldn’t finish the house myself and the opportunity was too good to pass up.”

After initially meeting the team over Zoom, Martin’s house was one of the six selected to go forward for a declutter and a makeover sponsored by IKEA Ireland. He admits to being dubious at first but as soon as the team arrived he was immediately put at ease.

“Never was I in a room with so many lovely people. Jane the producer, the director Rachel and the whole team just made me feel so at ease and comfortable. They just told me to be myself and I actually forgot that the cameras were there and we were just having a yap and bit of craic.”

Headed up by architect and designer, Róisín Murphy and builder Peter Finn, the Home Rescue team began the process by sending in their team of trusty Clutter Busters who get stuck in and declutter the whole house. While this happened Róisín chatted to Martin about how the house could work better for him and his particular needs and then the makeover began. With Peter and his team working day and night to get the project finished to the highest standard in a short space of time.

In classic Róisín style, she went for a bold choice and painted the outside of Martin’s house a deep, rich blue. At the time Martin was sceptical about the decision but now he says he loves having his house painted in his county colours to torment his Wicklow neighbours!

“Having the house finally finished has really given me comfort during lockdown and has really made the house a home. I would definitely recommend anyone to go for it and apply for the programme, you won’t regret it.”

Home Rescue are now looking for applicants for the newest season, so if you’re fighting to control the clutter in your living spaces and need a helping hand from Róisín, Peter and the Clutter Busters, you can go on the website today and fill out an application form at https://cococontent.ie/homerescue or call 01 497 0817.