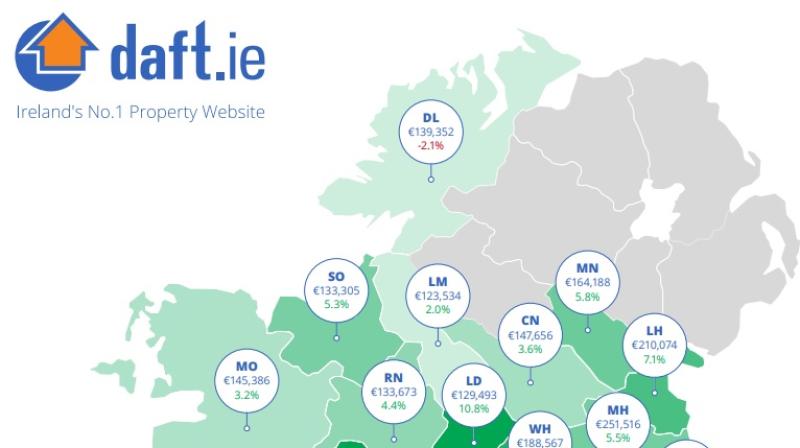 House prices in Louth continue to rise according to the the latest Daft.ie House Price Report

That's according to the latest House Price Report released by property website, daft.ie.

Longford, alongside, Leitrim, Roscommon and Sligo, remains one of the least expensive counties in the country to purchase a home.

The number of properties available to buy on the market nationwide also rose by 10% during 2018.