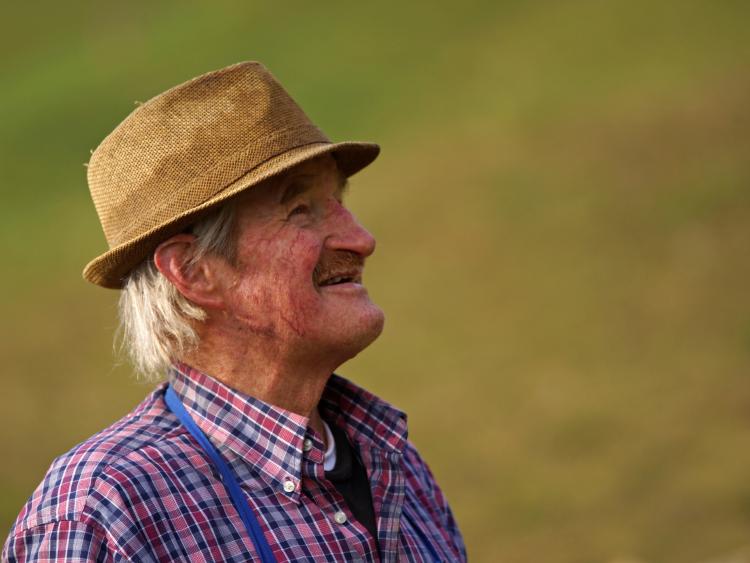 For those of you non farming folk who have attended the National Ploughing Championships or the Tullamore Show, you will have noticed the regulars have a certain way with words.

Call it country lingo, culchie tongue or whatever else you like; we call it farmerish and it's an art in itself.

So to make it easier for others to fit in the next time the Ploughing comes around, we have put together a quick guide to the keys words and phrases.

Aaraa - A verbal crutch used by country people at the start of a sentence when they don't know what they are going to say next. Usually followed by a pause. A common use would be when asked an opinion or to make a decision..... 'Aaraa, I suppose'

Aks - Colloquial term used when seeking information. Use it in a sentence? 'Go over and aks that lad in the hi-viz jacket where the Massey tent is.'

Soft day - A term used to describe a truly awful day in anyone else's terms. It's not exactly lashing but drizzling. Bliss for a farmer. Misery for the rest of us.

Banjaxed – Used to express a state beyond total tiredness or to describe an item that is beyond repair. I'm absolutely banjaxed after walking around the Ploughing site all day!

Happy as a pig in sh*te - Used to describe a state of being in absolute bliss. When a farmer has the cows milked, the feet up and a cuppa tae in hand.

That lad would talk the hind legs off a donkey - A fella who does more chatting than working. He'd talk all day about everything from the weather to his broken gate. Non-stop!

Browned off - Bored, fed up and totally weary of something. It can also be used to describe being annoyed by something. 'I was fierce browned off listening to yer man talking about his broken gate.'

A rake of work - A description of getting an abundance of work done. A 'rake' is a lot. 'I had a 'rake' of pints down at the Ploughing last year.'

The gason (pronounced goss-oon) is the spit of the father - A gason is a young boy in Irish and is used to describe the son of a farmer even when they're grown men. This phrase points out how similar in looks that son is to his father!

A lucks penny - A sum of money given from one farmer to another for luck after a livestock deal. €20 is considered decent. €5 stingy...

Stingy - Used to describe someone who is mean with money. 'He wouldn't spend Christmas, that lad.'

It's fierce 'cauld' - If the weather is bad at the ploughing, you'll hear this everywhere. Translated, it means, 'it is very cold.'

Arseways - Something that's gone astray or describing the wayward actions of someone. 'He's bolted that gate arseways for a start.'