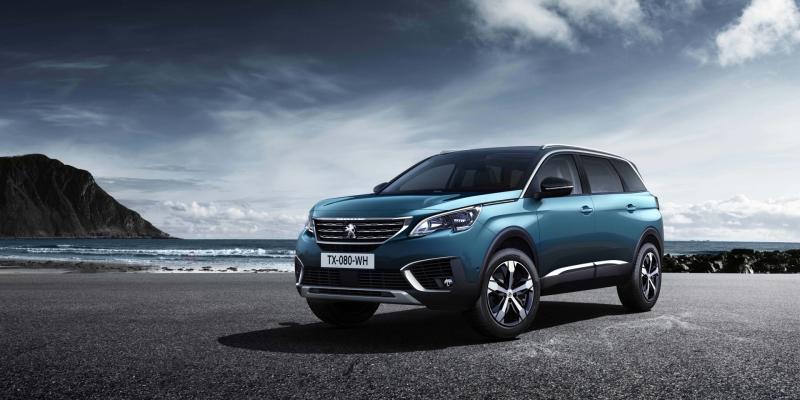 The highly anticipated new Peugeot 5008 SUV, big sister to the award winning Peugeot 3008 SUV, Car of the Year 2017, is now on sale in Ireland.

The highly anticipated new Peugeot 5008 SUV, big sister to the award winning Peugeot 3008 SUV, Car of the Year 2017, is now on sale in Ireland, with demonstrator vehicles arriving in Peugeot Dealer showrooms this August: initial retail volumes will arrive in September, with production increasing from October.

A departure from its former traditional MPV body shape, the new Peugeot 5008 SUV features three rows of seats and the new Peugeot iCockpit with digital instrumentation across the range.

A sophisticated, practical and stylish vehicle that combines efficiency with high-levels of safety and technological equipment, the range starts from €28,745 plus delivery related charges for the entry level model, the Access 1.2 130bhp PureTech petrol version.

Colin Sheridan, Sales and Marketing Director at Gowan Distributors Limited, Peugeot Importers in Ireland said, “The new Peugeot 3008 SUV has been a huge sales success in Europe since launch in October 2016, where it now has a multitude of international awards under its belt. That performance is being replicated in Ireland since its arrival in March 2017.

"Together with the continued success of the 2008 SUV and the diverse Peugeot van range, our market share jumped by 16% in July, in a market that declined by 7%.”

He continued, “The new Peugeot 5008 SUV will build on the strong commercial success of the new 3008 SUV, and indeed the previous Peugeot 5008 MPV, the second best-selling compact 7-seater MPV in Ireland in 2016 and a former Irish Family Car of the Year winner.

"Consumer interest in Ireland in SUVs continues to be strong and we are very well positioned now, particularly with our fantastic 1.2 petrol 130bhp engine, in manual and automatic guise. For the Irish market, we also offer a spare wheel as standard on all except the GT version.”