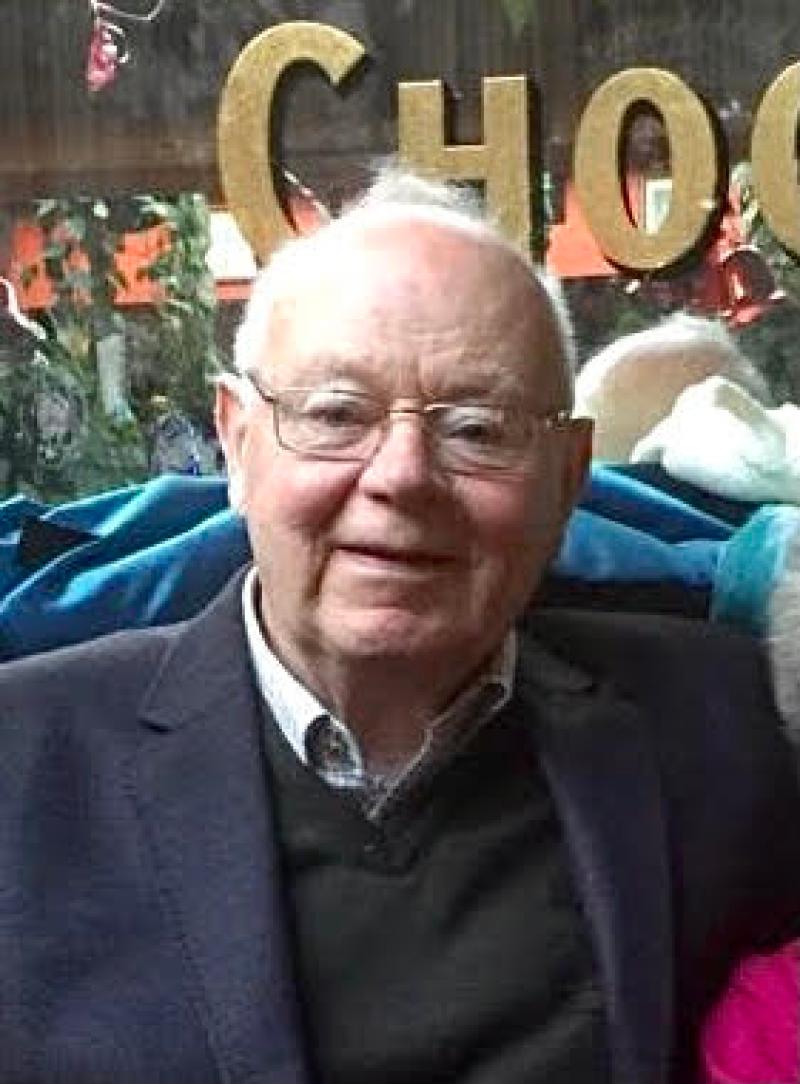 It was with deep regret that we learned of the death on Monday, December 13, 2021 of Tommy Farrell, Crossfield, Barry, surrounded by his loving family at Mullingar General Hospital.

Tommy, who was in his ‘eighties, was a kind and caring gentleman who liked things simple, no fuss, someone who enjoyed the company of friends and most especially his family whom he loved dearly.

Himself and Agnes, who hailed from Newtowncashel, were 55 years married and had three children.

He enjoyed being out on the farm and many years ago worked at the Fire Station in Lanesboro, in Burlington and also in Providers in Longford. A hard-working and deeply religious man who was popular with everyone.

Tommy really enjoyed having a walk along the Canal and also playing a game of cards, he was a keen card player. He was a regular visitor to the card games over in Kenagh for 25 years with his brother Pat, until Pat passed away.

He also attended the card games in Tubberclair, Tang and Rosemount. He was well-liked in all these venues, he had a smile for everyone and was always very courteous.

Tommy’s Funeral Mass was celebrated in the Church of the Sacred Heart, Carrickedmond on Friday, December 17 by Fr Charlie Healy, assisted by Fr Tom Barden, who both knew him well for many years.

Tommy was a man of great faith and his daughter, at the end of the Mass, read the lovely poem “The Village Blacksmith”.

The Blacksmith, like Tommy, pushes himself to be better, going to bed proud each night, knowing that he’s done the best that he possibly can to create a good life.

Tommy’s son thanked Fr Charlie and Fr Tom for their support and kind words, he also thanked their neighbours, friends and relations who were so kind to them, particularly in recent days, many of them bringing back great memories of his father. He will be dearly missed.

We extend our deepest sympathy to Tommy’s wife Agnes, to his children Anne Marie, Thomas and Helen, his much-loved grandchildren Maeve, Eve, Peter and Felim, his brother Jimmy, sisters Betty and Eleanor, sons-in-law, nieces, nephews, cousins, neighbours and many friends. Tommy was laid to rest in Abbeyshrule Cemetery. May he rest in peace.