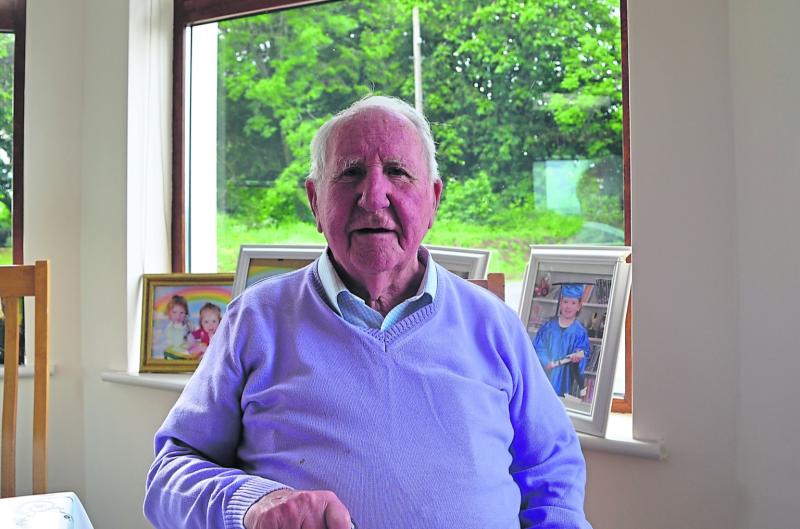 There was much sadness following the death on Tuesday, October 27 of John Donlon, Templemichael Glebe, Ballinalee Road, Longford town, Longford.

A widely respected and much loved character, John’s funeral cortège left Glennon’s Funeral Home on Saturday, October 31 before arriving at St Mel’s Cathedral for Mass of the Resurrection and he was interred afterwards in Ballymacormack cemetery.

The following tribute to John was compiled by his sons;

John was born in 1925 in a period of turmoil following the Civil War, at the time the ‘Charleston’ was a popular song by Paul Whiteman.

John was 14 when the Second World War broke out, and he was 20 when it ended. Ireland was in what was called ‘The Emergency’ during the second World War.

At the age of 17, he joined Longford Cathedral Choir, and many great Choirmasters & Organists have directed the choir, including Fr Tommy Devine, Rene Segers and Fintan Farrelly, the current Choirmaster.

Many of his close friends were in the choir and have now passed, including Dessie Brennan, John Mahon, Brendan Bartley and Joe Williams.

John served his apprenticeship in The Classic Ladies & Gents Hairdressing Salon for 4 years and the fifth year as an improver.

At the age of 22, he opened his own business at his home in Dublin Street. He remained there until he retired, 47 years later.
John had a large circle of friends, who went dancing 5/6 nights per week, it was the era of the big band.

One of his friends had a car, and they travelled the country to dances. All these young men had taken a pledge of confirmation not to drink alcohol.

Music played a huge part in John's life, most choir members joined St Mel’s Musical Society, in the late 40’s & early 50s.
Most performances were Gilbert & Sullivan and later changed to Modern Opera with shows such as Oklahoma, Bless the Bride, Rose Marie & The Arcadians.

John met his future wife Gretta Gilleran, during the production of The Arcadians, as Gretta was singing in the chorus. They later got married in Shroid Church in 1958. They went on to have five sons.

In 1965 John was appointed a Peace Commissioner and in 1973 he was sworn in as a Commissioner of Oaths, in the Supreme Court.

They sang locally in County Longford at various functions, concerts, in hospitals, and for local charities.

John sang with the Choir at Midnight Mass on Christmas Eve in 2009, when a disastrous fire destroyed St Mel’s Cathedral. John and all of Longford were devastated at this shocking tragedy.

John had a long and fulfilling life of 95 years, he cycled into his 80’s and he took a daily trip to the bookies. He enjoyed his retirement, he played cards, he loved sport and he particularly enjoyed the company of his grandchildren and great grandchildren.