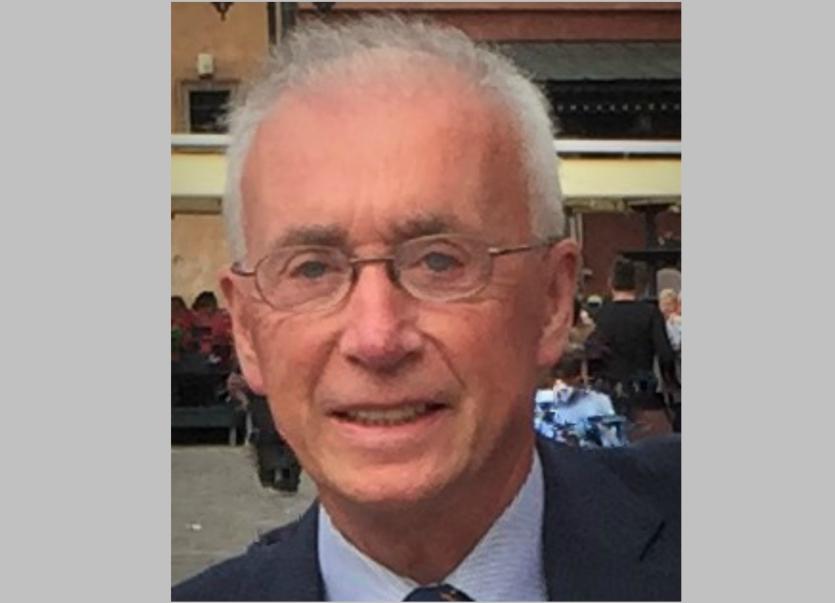 It was with deep regret that we learned of the death on Thursday, July 16 of Noel Cooney, Stillorgan, Co Dublin and native of Ballymahon in the loving care of the staff of the Blackrock Hospice (formerly of the Irish Blood Transfusion Service).

Noel, unfortunately, had been ill for the last few years having been diagnosed with Motor Neurone disease but always bore his sickness with great courage and dignity.

He was a lovely gentleman who was always cheerful and good-humoured, a kind and generous man who loved his family dearly.  They will have great memories of him into the future for the kindness and love he shared. He was always very good to his mother and his siblings, his father having died when he was just a young lad.

Noel was a great story-teller and a mimicker and because of his great love of sports, especially golf and all GAA, he enjoyed sport quizzes and often organised a quiz with his colleagues in the I.B.T.

He played golf at over 200 Golf Clubs around the country, often with his wife Mary. They used to come down to Ballymahon twice a year to play in the Inny golf society outings and returned regularly down the years visiting his family and many friends in the area which he always enjoyed.

Noel was an accomplished footballer with Ballymahon GAA for many years. He made his first appearance in the Club annals as part of the Schoolboy team that reached the county semi-final in 1959.  He won in the Juvenile League in 1962 and was on the full-forward line for the championship of 1964 and also won in the minor League in ’64.

He was on the first team to play Intermediate football for Ballymahon in 1966 and scored a point in helping the Club secure their first Intermediate title in 1969.  Noel returned to Ballymahon last year for a Function that honoured the Team of ’69. He remained a committed member of the team until the mid ‘70’s.

When he went to live in Dublin, Noel  played with Lucan Sarsfields club. When he left Lucan to live in Stillorgan he played with the Geraldine Patrick Moran Club and then went on to join Kilmacud Crokes club and served on many committees there and was also a Selector at the Club. He was involved in the coaching of many young teams in the Club where his son Colin was a player.

He was a regular visitor to Croke Park over the years and attended the Football and Hurling All-Ireland Finals every year. Representatives from Ballymahon GAA Club formed a Guard of Honour at Noel’s Funeral Mass dressed in the Club’s tracksuits.

Noel and his wife Mary celebrated their 50th Wedding Anniversary just last Autumn. Indeed he always enjoyed family celebrations and socialising with his friends, listening to music and heading off on holidays.

He worked for a long number of years with the Irish Blood Transfusion Board which he served with huge dedication and commitment.  He made many life-long friends there over the years who held nothing but admiration and love for him, he was a pleasure to work with, always smiling and good-humoured.  He will be dearly missed by his family, friends, neighbours and work colleagues.

Noel’s Funeral Mass was celebrated in St Colmcille’s Church in Knocklyon on Saturday last with Chief Celebrant Fr Jimmy Murray, native of Tashinney, a good friend of the family.