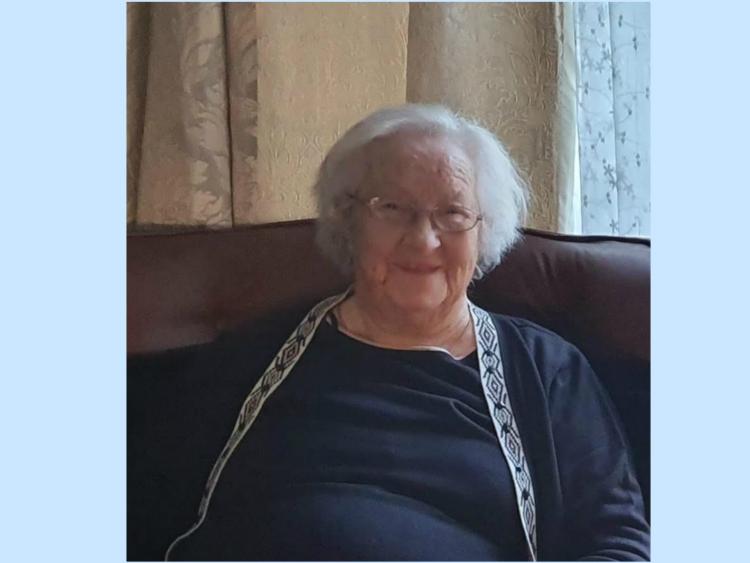 It came as a shock to hear of the sudden passing of Moya Shaw (née Foley), Clonbalt, Longford Town, Longford and formerly of Buncrana, Donegal, on Tuesday, June 23 in Mullingar General Hospital.

No one thought this would be the last time they would see her as she walked to the ambulance with her cheery smile and had the usual banter with the ambulance crew.

This was going to be another episode which she would later relay to her grandchildren as she was an expert on sickness and how to overcome it, reading every article available to her on medicine she had spent the last number of weeks cocooning and reading about Covid-19.

Born on February 24, 1932, Moya wanted to be a doctor but growing up in the 1940s did not offer much hope to a young girl with a terminally ill father, Michael Foley from Moydow, Longford and her mother, Annie McGowan who longed for the white strand of Lough Swilly in County Donegal.

She left school at 13 and became their carer. Learning how to cook, sew and keep house, her life was difficult but she soldiered on and began reading everything she could get her hands on. She had an inquisitive mind and suffered from dyslexia so she had to memorise everything.

This was her saving grace as she had a razor sharp memory and could recount stories and speak about people and times past as if they were only yesterday.

Moya was a charitable woman. She went about this quietly. No one ever knew and she never publicised it. Everyone had a place at her table and they didn’t need to book in advance the door was always open.

In 1960, she married Victor Shaw, the love of her life and they had a wonderful happy marriage and had three children, Laura, Michael and John. They encouraged and supported each other throughout their 35 years of marriage until Victor died in 1995.

Moya had a beautiful singing voice and she joined and loved St Mel's Cathedral Choir, and the Millennium Choir and her trips to Rome, to have the opportunity to sing for the pope and to sing in St Patrick’s Cathedral in New York were a high point in her life.

She was a very wise woman and was never afraid to give her opinion and if she disagreed with something she didn’t hold back. She was an honourable, straight woman, with a tremendous sense of right and wrong and this was instilled into her children from an early age.

She had a great sense of humour and could see the funny side of any situation. She wrote with her left hand and suffered greatly because of this in school. Every time someone wrote in front of her she would watch carefully and point out ''your a citóg like myself''.

Moya loved people, she loved chatting, she loved sitting in the garden and she loved markets where she could wander and buy china cups and plates. Everyone knew her and her love of a bargain, her childlike innocence unwrapping the latest find to show to her grandchildren.

Following Requiem Mass at St Mel’s Cathedral on Thursday, June 25, Moya was laid to rest alongside her husband Victor in St Paul’s Church, Newtownforbes. Safe now in the arms of Jesus