Late Michael Nevin lived for Longford and its people 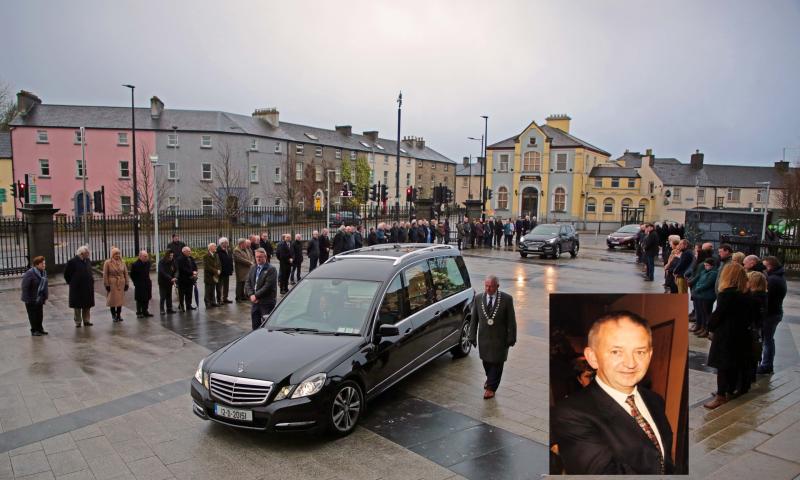 The late Michael Nevin (inset) and the guard of honour as his funeral arrived at St Mel's Cathedral Longford Picture: Shelley Corcoran

As proud and charismatic characters go, there were none more impassioned and self-sacrificing than Michael Nevin.

The much loved and well respected former Longford town and county councillor passed away last week surrounded by his loving family and the dedicated staff of St Joseph’s Care Centre. 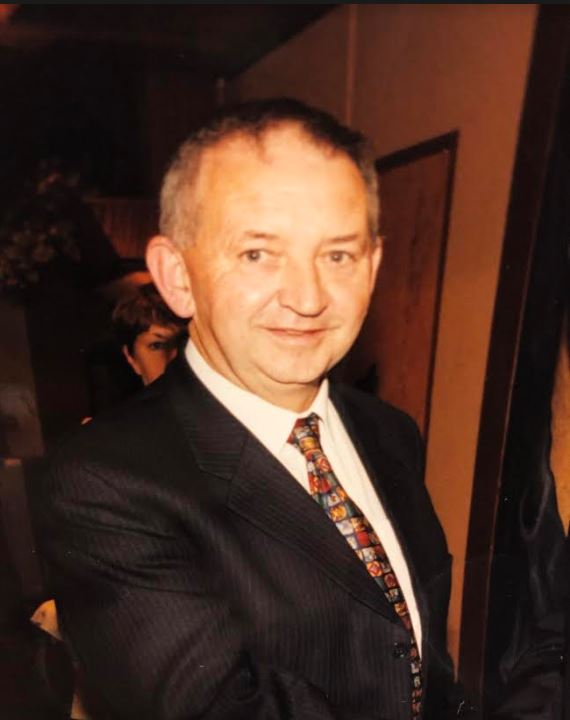 A devoted husband to his beloved wife Rosaleen and proud father to the couple’s four children, Catherine, Sandra, Michael and Fergus, Michael, or simply ‘Mickey’ to those who knew him best was much more than your quintessential family man.

Forthright and plain-speaking, what you saw was very much what you got with the former chair of both Longford Urban and local authorities.

Indeed, it was arguably under that banner that the father of four will be remembered most, a banner which endeared him to many and made him the envy of his political peers.

In keeping with those sentiments, tributes to the long serving local politician have been as plentiful as they have been all-inclusive, attracting poignant testimonies from across the political divide.

Two of his closest confidants throughout his public and personal life, Tony Carberry and Christy Warnock were understandably wholesome in their praise of their lifelong friend.

“I would have known Mickey nearly all my life and from when I first came to Longford over 60 years ago,” said Tony, hands clasped in quiet reflection.

“We were always friends. Like everyone in politics, you would bump shoulders from time to time but there was never any animosity between us.

“He was a great representative and he loved people.”

Politics, at the time was a far cry from its modern day equivalent. A time when the trappings and prestige that came with public office were all but a distant pipe dream, it was an era when diligence and assiduity took precedence.

And it was figures led by the Mickey Nevin’s of this world that took on the role without fear and fervour and with unerring humility.

“He had a lot in common with me with regards the representations we would make for people,” added Tony.

“He would keep going until the job was done. To Mickey, nothing was worth starting if you thought you couldn’t get it done.

“We could see things that had to be done. We took on different things at the time that weren’t palatable but they were very important to the people we represented.”

Like Tony, his fellow long serving Longford town based colleague Christy Warnock had nothing but glowing praise for one of his closest and most cherished of friends.

“We grew up together,” Christy said sombrely.

“He was a great personal friend of mine and the family for most of his life and my life.”

Such was the pair’s sense of affinity for one another, Mickey would later act as godfather to Christy’s youngest daughter Christina.

Much like Christy, Mickey was cut from the same civic minded cloth. Direct and unequivocal in their own right, what you saw was very much what you got with both men.

“Mickey was someone who was never afraid to say what was on his mind and we all respected him for that,” opined Christy, as he recalled how his one lingering regret was not having the privilege of rubbing political shoulders with his boyhood friend.

“I never served with Mickey,” said Christy, his voice wavering ever so slightly.

“I lost out in 1994 with Brendan McDermott and Fianna Fáíl put on Peter Kelly, Tony Flaherty, Mickey Nevin and Denis Glennon.

“I lost out in 1994 but got back in 1999 but at the time Mickey ran for the County Council and not the Urban so we never actually got to serve alongside each other.”

Former Fianna Fáil Cllr Tony Flaherty described the late Mickey Nevin as someone he looked up to, saying his defining political legacy was none other than the part he played in bringing Longford town’s Mall complex to fruition.

“He was the first supervisor on the Mall, he started that scheme and is the reason why it is the jewel in Longford’s crown that it is today,” Tony remarked.

“Mickey was a fantastic councillor in the sense that he got an awful lot of things done for people.

“He was definitely a mentor of mine and he taught me a lot. He introduced me to a lot of people and opened a lot of doors for me.

“Mickey was an outspoken character, but I admired him for it as he always had Longford at heart. He was never shy in speaking up on behalf of the people of Longford and any time he did it was for the good of the town and its people.”

Despite their differing political standpoints, Cllr Nolan saw a side to Mickey many of their council counterparts didn’t.

“Mickey Nevin was a giant of a man.

“It didn’t matter what political persuasion you were, if you had Longford at your core, Mickey Nevin was your friend.

“He was my neighbour and therefore I saw a side to him that was very much removed from politics.

“He was a fantastic father, a loving husband and at the core of the Nevin family was education.

“Michael educated all of his children to the highest standards and those children are holding down fantastic jobs and contributing to their communities. What’s more, he was from the same school as Adie Farrell, Christy Warnock, Tony Carberry, councillors who sat on councils when there was no money involved.

“They did it for the love of their community and served their constituents in the truest sense.”

Fianna Fáil’s Joe Flaherty said despite only became acquainted with the late Mickey Nevin towards the latter stages of his political career, he swiftly encountered a man who always ensured Longford and its people were uppermost in his mind.

In describing how he spent several years working with the Posts and Telegraphs at the time, Cllr Flaherty said there was much to admire about the Longford town native.

“I think it’s fair to say he was one of the most passionate, dogged and colourful figures you would ever encounter in local politics,” he said.

“It was very much a different era and while I don’t think modern politics would have suited him, he was a man who got things done. He was a man who had a very short fuse, but at the same time he was hugely loyal and hugely committed. He was the type of man who you could have a row with today and tomorrow if you needed a lift to Dublin at 4am he would be out of bed and he would bring you there straight away.”

That sense of humbleness and ability to common appeal was mirrored, Cllr Flaherty added, in what he termed as a “remarkable” political career.

“He was 15 years all told in electoral office and was unique in that he ran for Provisional Sinn Fein, as an Independent and for Fianna Fáíl,” he said, while referencing the late Fine Gael Cllr Philo Kelly was perhaps his greatest political adversary.

“They fought many times but behind it all they were great personal friends. He had an awful lot of political lure and he certainly was an institution in Longford town. But his greatest accolade is undoubtedly his family.”

Independent Cllr Gerry Warnock, in striking similarity to those before him, accredited the Mall’s continued popularity as arguably Mickey Nevin’s most outstanding and lasting legacy.

“He was an unapologetic townie and he didn’t care who he offended or who he upset and he absolutely loved Longford town.
“He just loved to do things for the people of Longford town. His crowning achievement was the FAS supervisor in the Mall to develop one of the most fantastic, inland parks in the country and that was testimony to the determination and resolution Mickey had in his role in doing the best he possibly could for Longford.”

But perhaps the most fitting and abiding of narratives belonged to Cllr Warnock’s father, a man for whom the name Mickey Nevin will forever remain etched in his own psyche.

“History will remember Mickey Nevin as a really good worker on behalf of the people he represented,” said Christy.

“I think that’s how he will be remembered, a man who was simply a really genuine, excellent councillor and someone who always tried his best for the people of Longford.”

And that, just perhaps, is the greatest honour which can be paid to one of life’s and more explicitly Longford town’s greatest ever ambassadors.