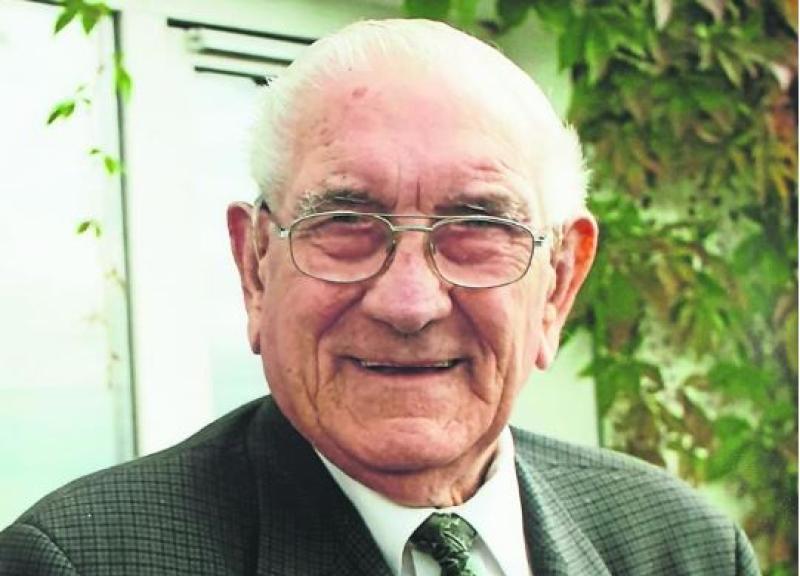 Sadness descended on the bustling town of Arva as it bid an emotional farewell to one of its most revered and successful citizens-the late Gerry Ellis, who died on Friday, November 15.

The driving and founding force behind the pioneering fruit and veg grocery chain Gerry Ellis & Sons Ltd, the proud Arva native will quite rightly be remembered as one of the few daring and go getting personalities who effectively remoulded the art of enterpreneurship.

Gerry left National School at the age of 13 and joined his father Michael in the business (Michael Ellis & Sons) in 1943 during the years of the Second World War.

During that time petrol was in short supply so horses and vans were used to collect produce from the local farmers.

After the War his father bought two Bedford lorries and because of the motorised transport the business spread its wings to all the surrounding counties and soon started importing produce from all over the world and distributing it all over the region.

Unlike now, fresh produce was hard to come by.

When it landed at the docks in Dublin every van, lorry and anything with wheels in the locality was commissioned to get the produce "down the country".

The stories he had from this time were brilliant, anything from lorries breaking down, flat wheels and while waiting for ships to dock some lads would head to the pub and forget to come back.

Gerry drove trucks from his early teens and was driving his car up until a short time ago.

He married his beloved Kathleen (Kiernan) in 1952 and this year were 68 years married.

A more united couple you would not meet, Kathleen was his rock.

In 1974 Gerry decided to start his own business and Gerry Ellis & Sons was born.

In the early years Kathleen was at Gerry's side through thick and thin and did the books for the business as well as looking after everything and everyone.

Gerry Ellis & Sons grew quickly and after some time his sons Michael, Gerard, Brian and daughter Marian joined the company.

Gerry was a great businessman and it's been widely stated that those who followed in his footsteps learned immeasurably from him.

Be it his sales skills, how to placate the odd irate customer, his love for the business, his drive, his fairness and after his family, the customer was king.

It's also fair to suggest that Gerry had a great fondness for the people of Longford town and county where he delivered fruit and veg shop to shop, big and small for many years.

It's testimony to him that to this day the company, Gerry Ellis & Sons and Fresh Today enjoy great success and support in Longford town and county.

Hardly a day goes by when some of the family are in one of the stores and someone will ask: "Are you a son, daughter, grandson, granddaughter of Gerry's and they, in return are always proud to say: "Yes we are".

In the last few years Gerry suffered some ill health but was determined as ever to not let it hamper him in any way. He drove his car, drank his pint, mind you not at the same time!

He had a great love for the GAA and loved to see his beloved Arva GFC and Cavan county teams doing well. When, in his heyday, if it wasn't a club match then it would be myriad trips to Casement Park during the Summer for Ulster Finals.

This, hasten to add, was in the 1960s and early 70s, but in later years he would be glued to the television on Sunday watching as many games as possible, which would prompt Kathleen to say: "Will this football be over soon? I can't get a word out of him".

Gerry also had a keen interest in farming and dry stock.

He had a great eye for a good animal, he loved horses as well and had used them widely as a boy in the course of his work during the War years.

All in all, Gerry Ellis was the very embodiment of a life well lived and he was well loved not just by his nearest and dearest, but by all those who had the privilege to have known him.