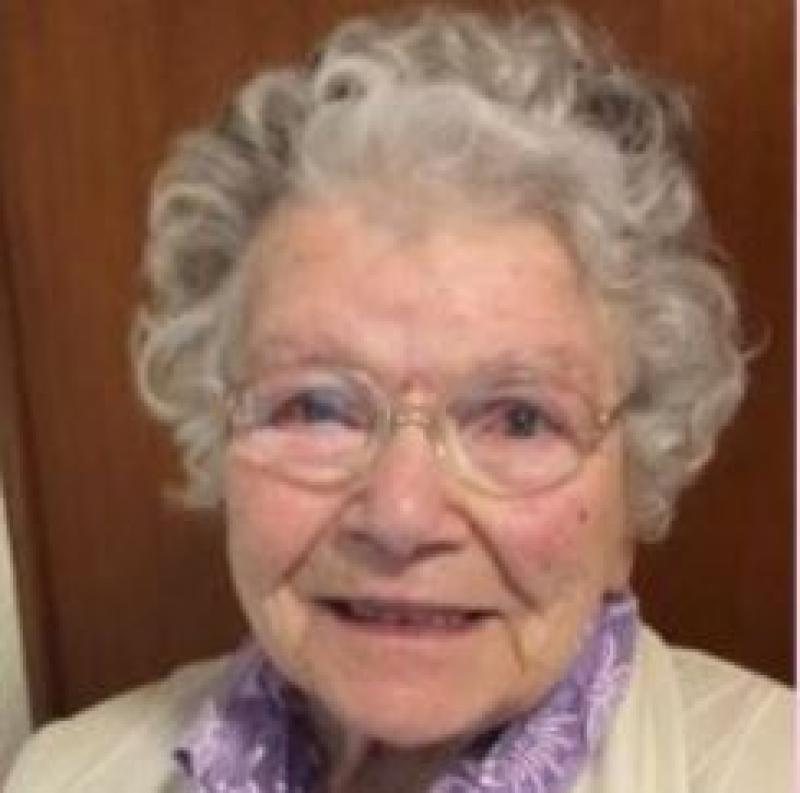 The death has occurred of Longford’s oldest citizen, Anne Byrne, Ardagh, who passed away peacefully, in her 105th year, at her daughter's home on Saturday, November 30, 2019.

She will be lovingly missed by her daughter Una, her sisters Rose McCormack (Legan) and Bridgeen Barry (London), nieces and nephews, relatives, neighbours and a large circle of friends.

She then went on to complete a BA and B Comm. in University College Galway, now NUIG, and up until her death yesterday, she was the oldest surviving alumni.

Anne graduated in 1936 and she was honoured by NUIG 80 years later on Thursday, November 3, 2016, with a public interview about her time spent at University, her life in America and her music.

Aisling Nolan, Alumni Relations Officer at NUI Galway, said, “Anne is not only remarkable for her position as our oldest alumna; but her wonderful life story and achievements are such that warrants celebration.”

Dr Méabh Ní Fhuartháin, Acting Co-Director of NUI Galway’s Centre for Irish Studies, who interviewed Ms Byrne, said; “Anne’s importance to Irish traditional music collection in the mid-twentieth century is only now being given due credit and it is a real honour to be part of the celebration of that cultural contribution.”

Anne began her teaching career working in England and Wales during World War II, before she moved to New York to work with the Reader’s Digest Education Department.

Anne made her long-awaited return to the Emerald Isle in 1955, where she married Thomas Byrne and moved to Ardagh.

During her later career, Anne also spent time working as a teacher in Meán Scoil Mhuire in Longford, where she retired as Vice Principal in 1980.

Anne launched her own book in December 2015, entitled ‘The Myths, Legend and History of Ardagh through the ages’.

In 2016, she became a national treasure as she donated her collection of Irish traditional music to the Irish Traditional Music Archive.

Anne started her recordings in Longford from 1954 onwards on a Webcor reel-to-reel tape recorder she bought in New York. Her collection of music has been digitised and preserved by the Irish Traditional Music Archive in Dublin.

The recordings include Argentine music played by Anne's father Bernard who was born into the Argentine-Irish community in Argentina, as well as a recording of Longford's historic 1966 Gaelic Football win and the music of Edgeworthstown's Joe Callaghan and other members of the Gannon family.

Earlier this year, on Friday, May 24, she was among the oldest citizens in the state to cast her vote in the local and European elections.

Anne also attended the Longford Westmeath Argentina Society's annual Asado in the Rustic Inn, Abbeyshrule last July in the company of her daughter Úna and former Ambassador Paula Slattery.
Coinciding with Anne’s 100th birthday in 2015, she helped organise a whist drive for Muscular Dystrophy Ireland (MDI) and that annual event has raised approximately €3,000 for MDI.

Anne’s nephew Hubert McCormack (originally from Legan) has muscular dystrophy and has been working for the organisation for three decades.

from President Michael D Higgins which featured the inscription ‘our endless possibilities’.

May she Rest In Peace.