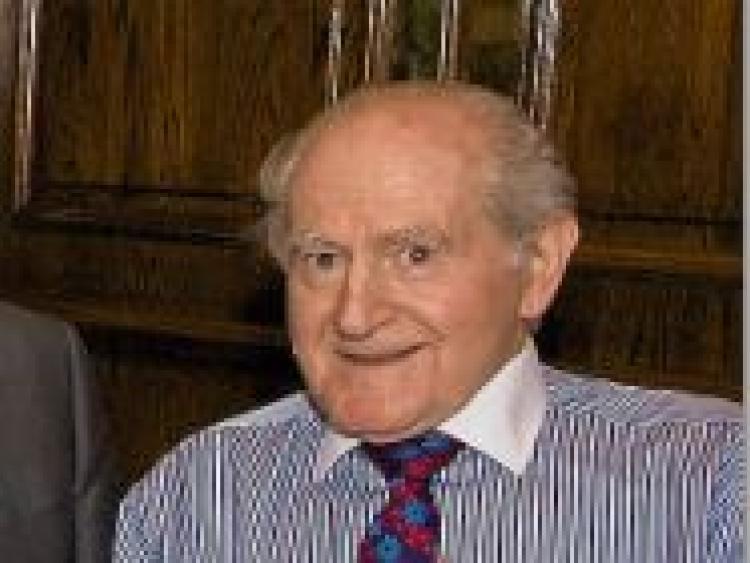 The sad news of the death last month of Eddie Bohan got the members of the association thinking back to the annual dinner in 2003 when he was honoured as Longford Person of the Year.

That particular annual dinner was one of our exciting nights: as a well-respected senator and president of the Irish Vintners, Eddie’s supporters on the night included included ex Taoiseach, the late Albert Reynolds, many government ministers, senators, other public representatives and people from the world of business.

A native of Esker North, Drumlish, Eddie was an early starter in business. After moving to Dublin he worked in the grocery trade and soon set up on his own. At age 25 he emigrated to America where he ran a successful auto business, even selling a car to Paul Newman! He returned to Dublin in 1973, becoming a highly successful publican, much respected for his wide knowledge of the trade.

This ultimately led to his becoming president of the Vintners Federation of Ireland, representing the licensed trade outside the Greater Dublin area, and later, president of the Licensed Vintners Association, the representative body for Dublin publicans.

He also ran his own auctioneering business with great success and was the first auctioneer to sell a pub in Ireland for over a million punts. He was also chairman of Alan Tierney and Partners, one of the leading insurance brokers in Ireland. In 1987 he was elected senator on the Industrial and Commercial panel and was returned to the Seanad in every election for the next 20 years, retiring undefeated in 2007.

Eddie was a perfect gentleman and wore his success lightly. He and his wife, Betty, who predeceased him, were lifetime supporters of the Longford Association and attended our annual dinner dance on a regular basis, invariably adding a touch of glamour to proceedings. Eddie was always generous with sponsorship and any other help needed by our organisation.

To his daughters Barbara, Beverly and Liz, son Eddie, sons-in-law, daughter-in-law, brothers Jim, Frank and Pat, sister Anne, extended family and myriad friends, we tender our deepest sympathy.
NB: I am indebted for much of the above biography on Eddie to an excellent article by the late Peter Kelly, which appeared in ‘The History of Drumlish and Ballinamuck’, launched in May this year. I express my thanks to the publishers, ie The Drumlish Heritage & History Society.