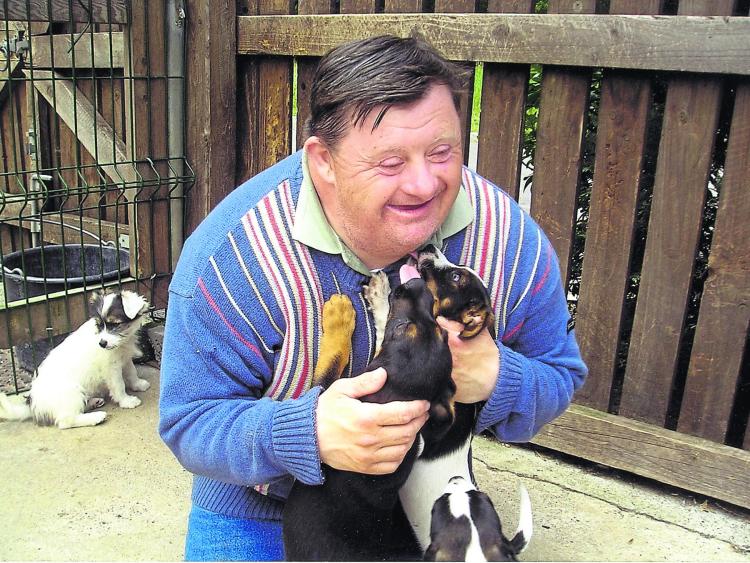 There was great sadness in the community on the peaceful passing of Paul Ireland, Gowlan, Killashee, Longford on Friday, February 1, at the Midlands Regional Hospital, Mullingar.

Paul achieved a lot in his short life. He was a jolly and happy person both at home and in St Christopher's and Sonas.

In his youth, he participated in Special Olympics receiving gold, silver and bronze medals for his swimming.

He worked around the house and farm, keeping all in order. He worked in the bog, loved the tractor, and going for drives. He was very musical, played billiards, had his own billiards table at home.

He participated in many activities in St Christopher's weaving, swimming, football, rug making and many more activities.

He was not happy when Christopher's closed for holidays, he had to check every morning to verify if it was closed.

He had a great love of animals and small children, he participated in the concert in Backstage Theatre held by St Christophers, played the drums and liked to go to the local shops for his treats. They had great respect for him.

He took care of his mother in his own way in the latter stages of her life. He would bring her, her glasses, book and a glass of water to her room saying ‘now time for your bed’.

Paul liked to attend family weddings, spending the day out dancing and meeting the extended family.
He had great regard and affection for Jim Davey who was his manager in St Christopher's for nearly 30 years.

When he moved to Sonas Unit St Christopher's, Caroline and Angela and the other staff took good care of him and got him settled. He was enjoying it there.

John and Alan, St Christopher's bus drivers, took good care of him and looked out for him.

The late Paul Ireland was predeceased by his parents Kevin and Bernadette and by his sister Susan.

Paul was always a part of the community. A life well lived and enjoyed. God bless. Rest in Peace.